You are Here: Home » News » Main News » Anger at surgery closure in High Crompton in January 2020

Anger at surgery closure in High Crompton in January 2020 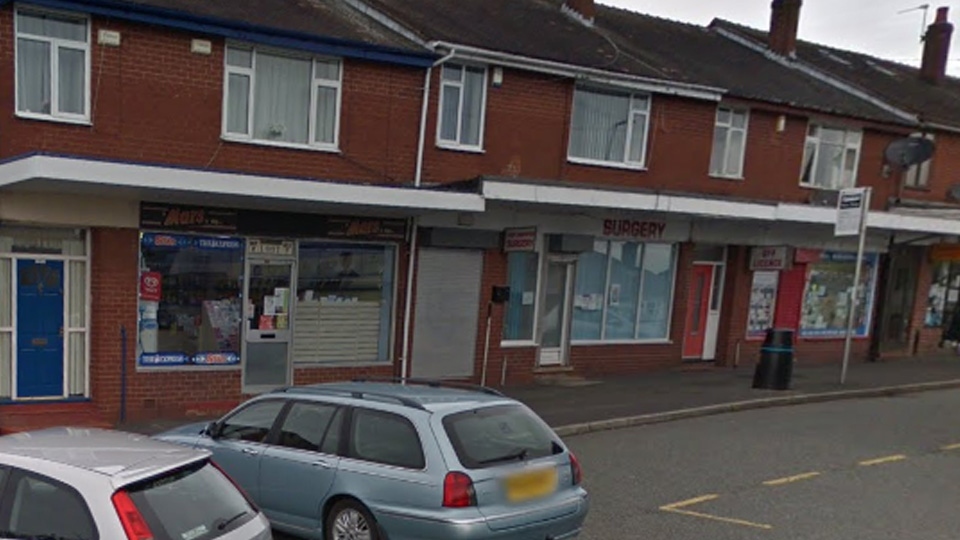 There's anger at the planned closure of Trent Road doctors surgery in January 2020, in Crompton, from residents and a local councillor.
The practice serves people in Royton, Shaw and other parts of Crompton ward, as well as those further afield in Saddleworth and Rochdale.

Liberal Democrat Councillor Diane Williamson, who serves the Crompton Ward, says she's outraged at not being able to put forward any objections at a public meeting.

There's specific concern for all local residents, but particularly the elderly,  who use the surgery. They might be unable to travel to an alternate location and become more isolated.

Diane Williamson has written a statement and open letter to the bosses in charge of Trent Road, about her concerns:

"I attended the Clinical Commissioning Group (CCG) meeting at the Civic Centre to discuss the closure of the Trent Road surgery in High Crompton.

"The meeting that was being held was in public, but not one where I could ask any questions.  I cannot explain how angry I was – although I suspect those residents and officers present could tell.

"Coming away from that meeting, I felt that the residents who had been vocal in wanting the surgery to remain open, had expressed their concerns very well – but it fell on deaf ears."

The surgery is linked to Parks Medical Practice and patients will now have to use that one, or go elsewhere.

It's understood the Trent Road building was deemed inadequate and Dr Pal, who has been established there for a number of years, is retiring.

Councillor Williamson says: "This cannot have been the first inspection where the building was deemed to be inadequate for its patients.

"Why did they not spend funds on it, especially with the ever-changing NHS, GP services and clinics being offered more locally.  These changes have been in the making for years, but they have missed the boat.

"Luckily, residents have the opportunity to still use the surgery until the end of January when it closes; just when the flu season is in full swing and elderly patients will be struggling."

She's written a letter to the Chief Executive of Oldham Council, Dr Carolyn Wilkins, who is the Single Accountable Officer of Oldham Cares, where the ultimate decision about the closure will be made.

The CCG’s Chief Operating Officer, Mike Barker said: “While as a CCG we appreciate this decision may be disappointing for those patients who prefer to use the twice weekly surgeries at Trent Road, as a commissioner of NHS health services we have to prioritise quality, safety and access issues in the delivery of primary care.

“As all the patients are registered with The Parks Medical Practice, and can continue to use its services in Royton Health and Wellbeing Centre, they do not have to do anything, however, we have put in some dedicated support and advice in place should any patients wish to move to an alternative practice.”