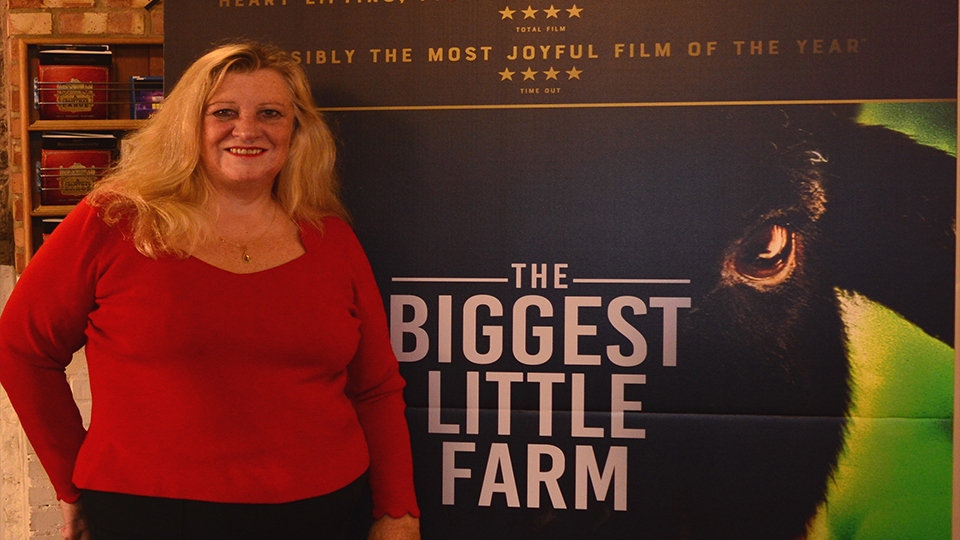 A former Manchester University graduate and producer is collaborating with Parkland Entertainment to bring The Biggest Little Farm to UK cinemas from 29th November.

It all came about as a result of a personal health scare.

In 2016 Amanda Atkins, who studied Modern History in Manchester, was shocked to discover that she had severe Type 2 Diabetes.

Her journey to recovery included dietary research on three key websites and she found she was able to reverse the effects of the disease by eliminating processed carbohydrates, sugar, pasta, rice and bread and replacing those with fresh foods, especially meat, fish, dairy, eggs and vegetables grown above ground.

She was so determined to get the message out about healthy eating, that she set up Afinia Film and immediately started to get involved with a range of health-related documentaries.

Amanda now works as a producer and distributor and The Biggest Little Farm has already won ‘Best Original Score’ and ‘Original Song’ in the 2019 Hollywood Music in Media Award; was nominated for 7 Critics Choice Awards, winning Best Cinematography and is being tipped for an Oscar nomination.

The film chronicles the real life story of wild life cinematographer John Chester and his wife Molly, a chef, who traded city life for 200 acres of desolate land outside of Los Angeles.

It charts the triumphs and tribulations of their journey and their dream to harvest in harmony with nature.

After eight years the Chesters uncovered a sustainable way of living and managed to create one of the most bio-diverse farms in California.

Amanda’s company is currently working alongside London based Parkland Entertainment to distribute The  Biggest Little Farm across the UK and Ireland.

There are also plans to release the film in Malta where her company is based.

“I’m delighted to be bringing the message of sustainable agriculture, and how it can impact on health and wellbeing, back to the North of England – quite simply everyone who comes to see this film, young and old, will love it and learn from it,” said Amanda.

The Biggest Little Farm has already been praised for its breath-taking cinematography, captivating animals and its urgent message to respect the environment and find ways to live which are better for the planet.

Time Out Magazine described it as ‘possibly the most joyous 90 minutes you’ll spend in a theatre this year.”

The Biggest Little Farm is showing at Odeon and Vue Cinemas across the UK from 29 November.