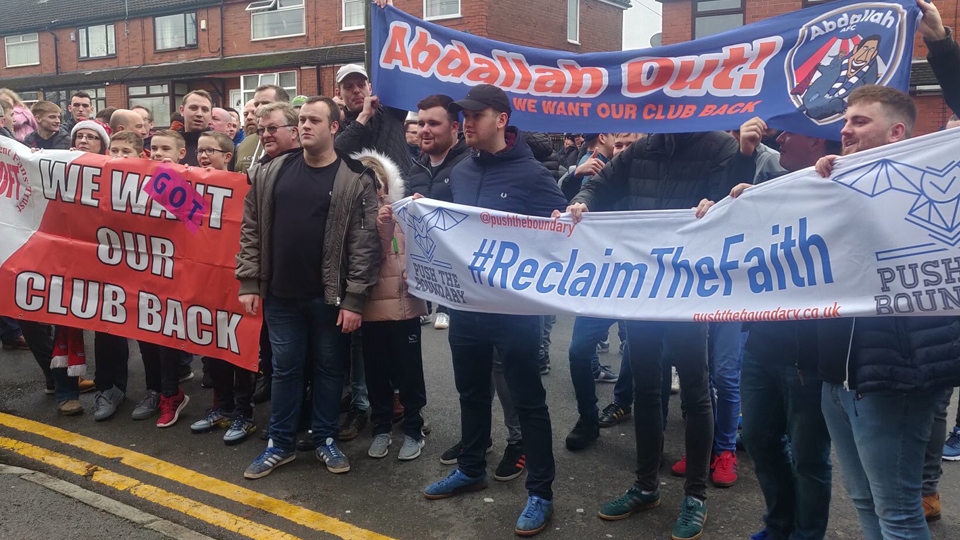 Around 300 fans protested at Boundary Park on Saturday

Around 300 Oldham Athletic fans protested on Saturday at their match against Leyton Orient.

The "Push the Boundary" group marched to the ground before kick-off. They claim the club is failing under owner Abdallah Lemsegam.

The group are calling for change at the club, having raised concerns in an open letter to the club owner earlier this year. 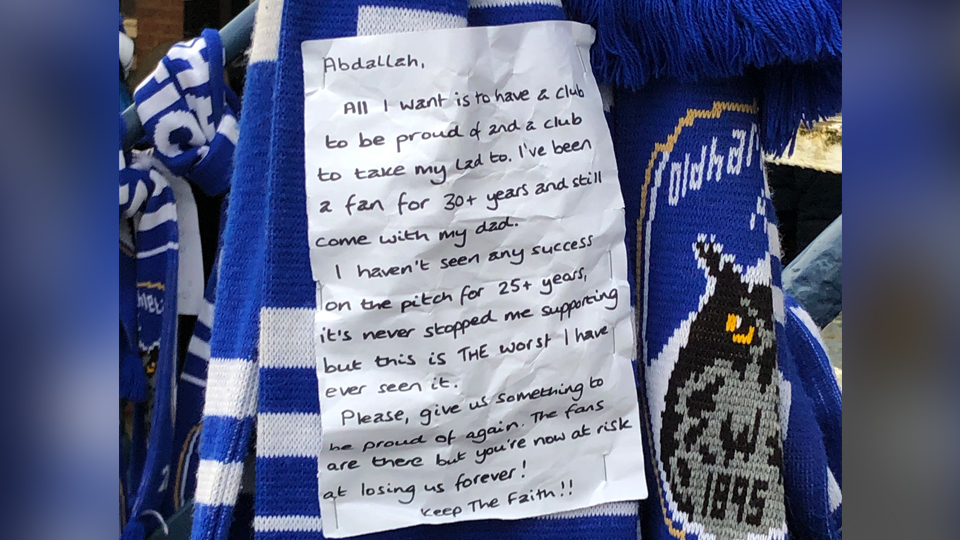 Organisers thanked supporters for the turnout "A massive thank you to everyone that took time out of their day to join us on the protest. Weeks in the planning and we genuinely don’t think it could have gone any better. We got our message across loud and clear."

The Latics protesters were joined by members of the Leyton Orient Fans Trust on Furtherwood Road, carrying banners. 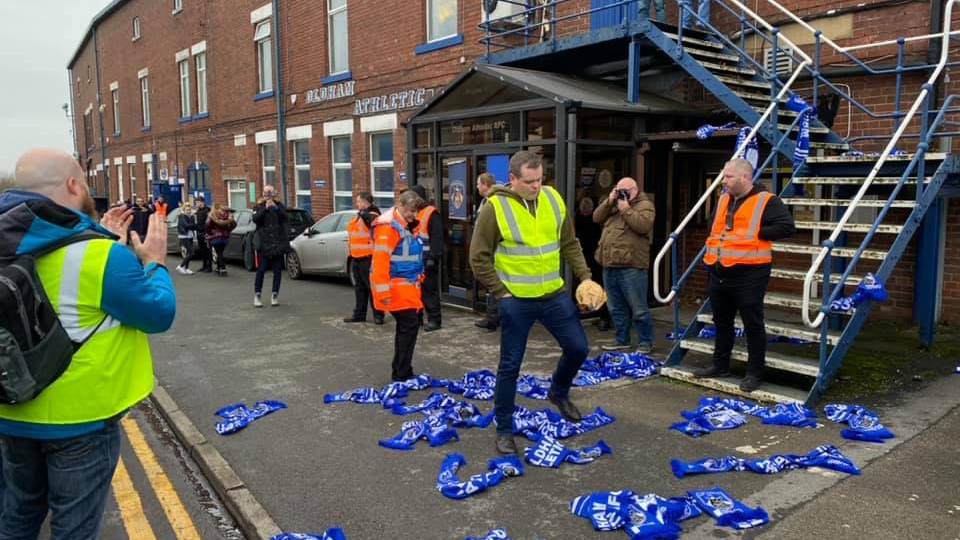 Fans returned OAFC scarves - given out free last season by Abdallah Lemsagam - by leaving them on the road outside the club.

The club had offered a meeting with the Push The Boundary group with Managing Director Natalie Atkinson, but the pressure group say they're not happy with that response, as they say they wanted direct communication with Lemsagam.

It's understood Mr Lemsagam has now agreed to meet represenatives from the group.