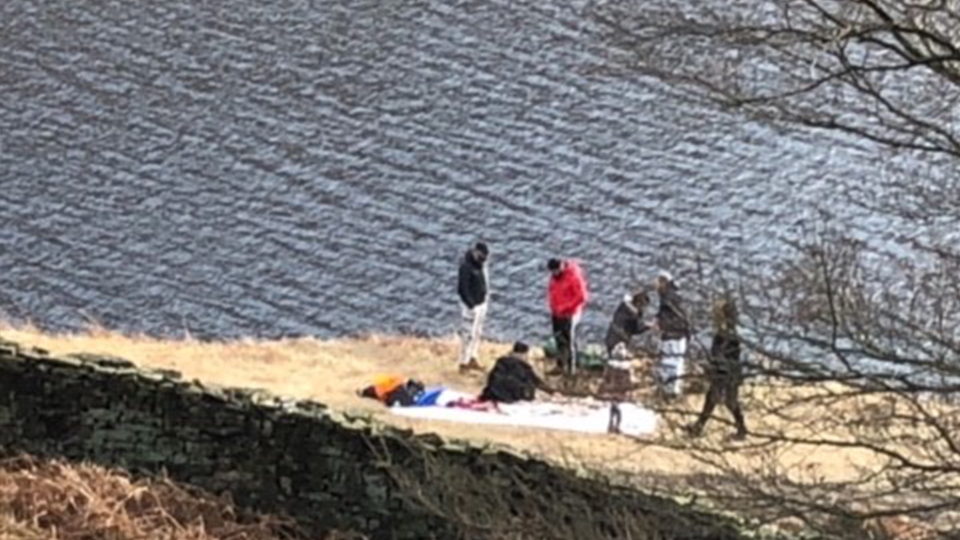 Snapped ...the group suspected of starting the fire

THIS picture taken at one of Oldham’s favourite beauty spots has raised concerns among campaigners fighting to protect valuable moorland.

It shows a group standing near Yeoman Hey above Dovestones which was a magnet for hundreds of visitors over the festive period and weekends.

A GMFRS team from Mossley made their way to the scene of the fire on foot after an alert from a member of the public.

Later, separately, a walker who took the picture, said: “I noticed a group of around six people having an open fire on the lower path. There wasn’t a massive sign of smoke but a smell of seasoned wood.

“I definitely saw open flames in a restricted area,” the walker added,

GMFRS confirmed they attended the scene but the incident has raised worries the spectre of a return to fires which ravaged  moors near the beauty spot  and lead to a national inquiry. 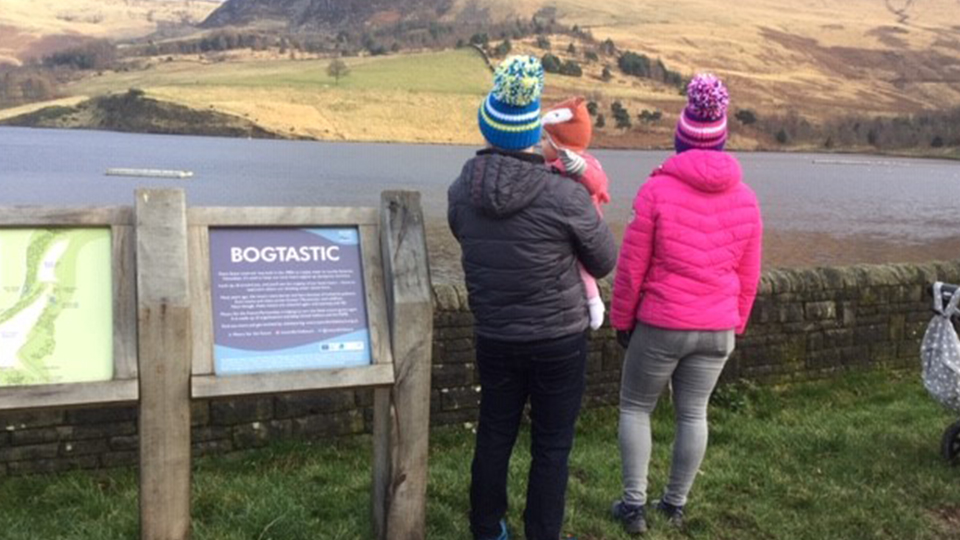 Speaking after the latest scare, Doctor Taylor said: “Several residents are rightly concerned the guardianship of the area is still - obviously - not up to the task.”

But he stressed: “This is not to belittle the massive efforts put in by those paid to work in the area and the massive and increased voluntary support responding to the problems of the last two years, nor the willingness of the several authorities to put some money into the protection of the moors.

“But it is obviously not enough.  Not only fires, but loose dogs chasing sheep have arrived with the good weather.

"The defence of the area still needs a more active approach and more joined up arrangements, both in timing and co-operation.

“If we had clear seasons when fires were impossible and when they were likely, then seasonal staff would be reasonable.

“Since we have unpredictably variable weather, we need a re-think timing and availability.

“Perhaps paid staff on the ground from the various responsible authorities could be augmented and divert their attention for the few days of vulnerability from their ‘normal’ duties?”

He added: “Parking chaos returned too with the good weather at the end of 2019, a plan for Spring and Summer marshals being irrelevant here.

“I was informed  last summer the RSPB locally do not promote general tourism in the Dovestone area.”

Commenting on a social media invitation to visit Dovestones posted by RSPB he said  “A  survey of tourists reportedly revealed 98per cent  were unaware of the RSPB activity here.  Presumably they come from elsewhere?

“No-one wants to prevent visitors to the area but sadly increased attraction must be matched by increased protection.

"Heaven forbid we should allow another £500,000 fire that happened at Marsden Moor just because a short dry spell was unseasonal but sufficient.”

Emily Kench,  Communications Manager for the RSPB,  stressed they had staff and volunteers backed by staff  from United Utilities and a woodland remembrance garden on duty over the holiday.

“We take the risk of fires at the site very seriously and work with our partners to ensure all visitors, locals and residents can enjoy Dovestones.

“Not only have they been undertaking practical nature conservation on the ground, but volunteers and staff are always having meaningful conversations with visitors.

“That includes dog walkers, discussing responsible behaviours and the wonderful wildlife we have to offer.