You are Here: Home » News » Main News » Despite nearly 160 complaints, a house of multiple occupancy will go ahead in Oldham

Despite nearly 160 complaints, a house of multiple occupancy will go ahead in Oldham 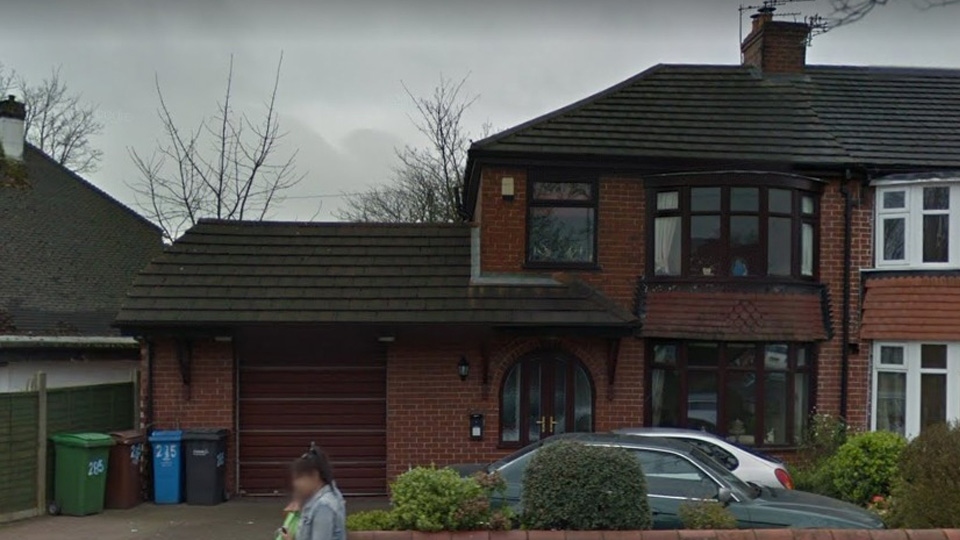 The shared house on Hollinwood Avenue in Oldham.

Controversial plans for a shared house in Oldham that had attracted nearly 160 objections from neighbours have been approved on a knife-edge vote.

The proposals to turn a semi-detached home on Hollinwood Avenue in Chadderton into a seven-bed house in multiple occupation (HMO) split the planning committee with six votes for and against.

However the chair, Councillor Peter Dean had the casting vote and moved that it be approved.

This was despite 157 neighbouring residents and ward councillor Chris Goodwin objecting.

Geoff Dervin spoke against the application on behalf of residents at the meeting on Tuesday night (January 27), and told councillors they were ‘strongly opposed’ to it.

He had concerns about the location, traffic and parking, the number of rubbish bins, noise, and the pressure placed on a shared drainage system.

“Tensions and concerns are running high because of this and to grant this would increase these tensions,” Mr Dervin said.

“To grant this HMO in this family residential area would set a strong precedent which would then be used and referenced for future applications.

“I’m not against HMO’s in principle, as far as I’m concerned it’s not appropriate for the area or the location.

“There could be a risk but we don’t know.”

Chadderton South Coun Chris Goodwin also spoke against the plans, saying it was ‘absurd’ to think it would generate the same noise as a regular residential property.

“In my experience as a ward councillor I can state that HMOs where there is little or no management control of the building and its residents, frequently cause misery for neighbours,” he said.

Coun Goodwin added that he had already received a complaint of noise going on until nearly midnight at the property.

The applicant, Alex Mijares told the meeting he understood neighbours’ concerns but said he was catering for high end professionals, and refurbished properties to the ‘highest possible standard’.

He and his wife manage two other homes and have nurses, doctors, lawyers, bus drivers and teachers living there, councillors heard.

“We do know that when a lot of people read the words ‘HMO’ the immediate image that comes to their minds are about the worst possible tenants; drug addicts, thieves, ex-convicts or lazy students partying all weekend,” he added.

“In our case this image cannot be further away from the truth.”

He said that his personal experience of arriving in Britain many years ago in a couple as a young professional was ‘terrible’, taking years to find decent accommodation they could afford.

Mr Mijares said they are currently living in the house and would live there alongside the tenants for ‘two or three years’ to recover their investment.

Recommending approval, planning officer Matthew Taylor explained that the house could be turned into a six-bed HMO without needing permission from the committee, so they were debating the addition of a seventh bedroom.

“It’s noted that there isn’t a significant number of HMOs in this area,” he said.

“There is no highway implications that we raised concerns with given that two parking spaces have been provided and it’s close to both the bus and train stops.”

Tory councillor John Hudson moved that the application be refused, telling the meeting it was their job to represent residents.

“If we think it isn’t a good idea to move all these people into these properties creating the problems that the ward member detailed earlier on then I think it’s our duty to stand up and be heard,” he said.

But planning officer Graham Dickman responded: “Fear of crime, fear of anti-social behaviour, these are legitimate material considerations but if applications are to be refused for that reason they have got to be supported by evidence.

“This is always going to be difficult where the use does not exist at the present time.

“We don’t believe there is evidence to justify this in that particular area.”

Coun Barbara Brownridge added: “It would seem to me that painful as it is, one additional bedroom is not of itself going to be such a material worsening of the situation that we could justify refusal.”