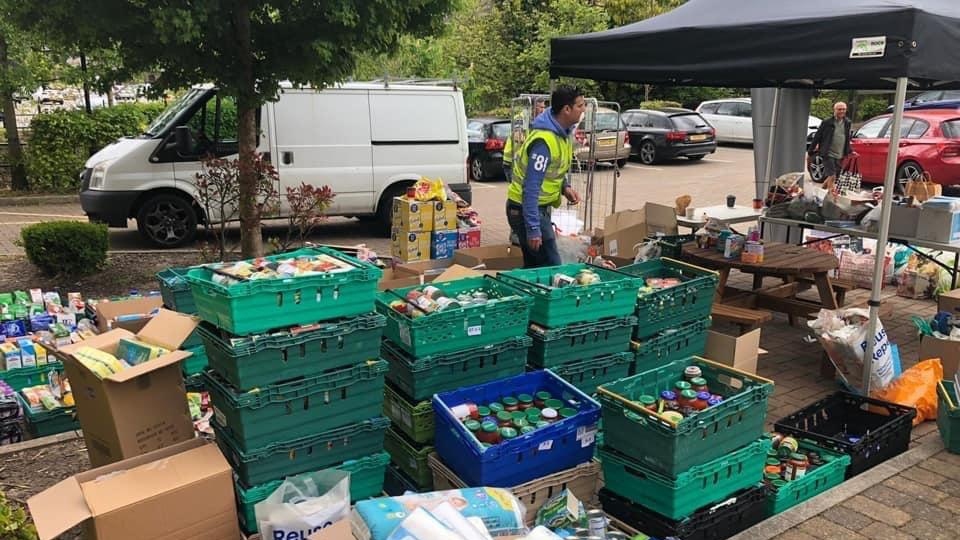 Just some of the goods dropped off at Greenfield

Generous-spirited villagers opened their hearts and their wallets to create a mini mountain of goodness in a push for donations to Oldham’s Foodbank.

The industrious members of Saddleworth Round Table organised a dedicated 'drop-in' site at the Kingfisher pub near Tesco at Greenfield to collect food, toiletries and cleaning products.

And the team say they were 'overwhelmed' by the tidal wave of goods.

“Some people actually went to the store, filled a trolley - then delivered everything promptly to us,” said one of the helpers.

John Arthurs, Round Table’s recently-elected chairman, said: “We opened at 10am but we had a steady stream of donations before we had actually set up.

“The foodbank took away three full vans of donations which was amazing, and they couldn’t believe the volumes they were collecting.

“We can’t even start to give a figure on the number of actual items donated, but we’d like to give special thanks to Tesco Greenfield, Carry On Delph, Diggle Lock, Robert Scott, Brand Consortia Ltd, Marston’s and the Kingfisher for their support.”

A spokesperson fir the foodbank said: “It was an astounding food and goods collection.

"We are still taking stock of everything so currently we can’t say just how much has actually been raised in equivalent monitory value.”

The Oldham Foodbank has had to temporarily relocate from its Manchester Street offices into the new Oldham Sports Centre to cope with the storage and distribution.

And they have seen a huge rise in demand due to the Coronavirus pandemic.

People who donated to the weekend event each received a complimentary hand sanitiser from Round Table.