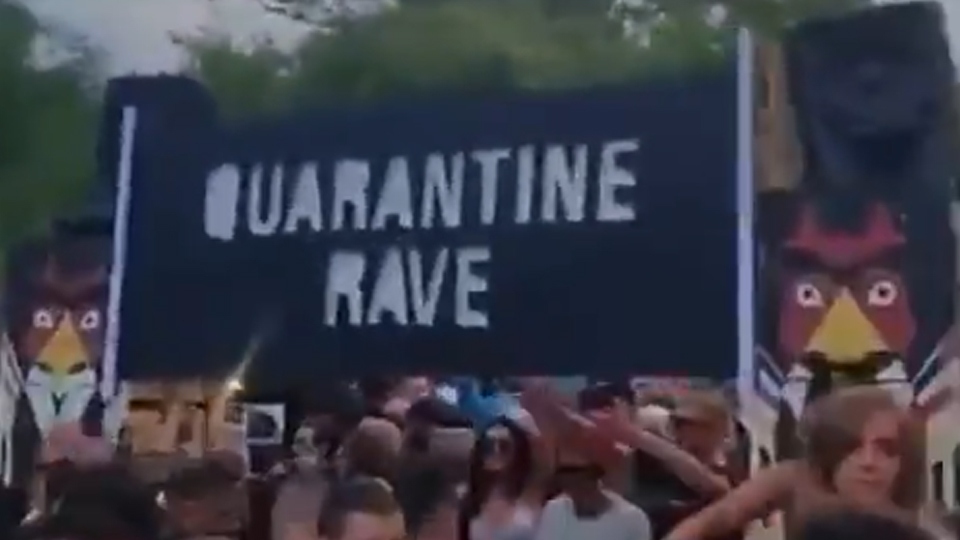 Up to 4,000 people gathered at Daisy Nook Country Park for the illegal rave

Police have arrested a man in connection with the illegal rave at Daisy Nook last weekend.

The 22-year-old was arrested on suspicion of criminal damage and public nuisance. He remains in police custody for questioning.

The force say they are taking "serious action" to deter a repeat of the raves last weekend in Oldham and in Carrington.

Yesterday, a 33-year-old man was arrested on suspicion of conspiracy to cause a public nuisance and criminal damage in connection with the Carrington rave.  He remains in police custody for questioning.

Greater Manchester Police has admitted knowing about the Daisy Nook event, but they were still unable to prevent it from taking place.

Assistant Chief Constable Nick Bailey said: "I want to start by saying that following last weekend’s raves at Carrington and Daisy Nook, we are taking serious action to deter a repeat of these events and are proactively working alongside our partners to gather intelligence and put a stop to this type of illegal activity to protect our communities.

"We have a suspect in custody, and our detectives remain committed to thoroughly investigating these illegal raves to identify and pursue anyone involved in the organisation of them as well as anyone who was involved in the serious incidents that occurred.

"I would like to thank the public for their support so far in helping us to gather the intelligence which has led to this second arrest. Please do continue to contact us with any information you may have about last weekend’s raves or any planned for the future via our website or 101."