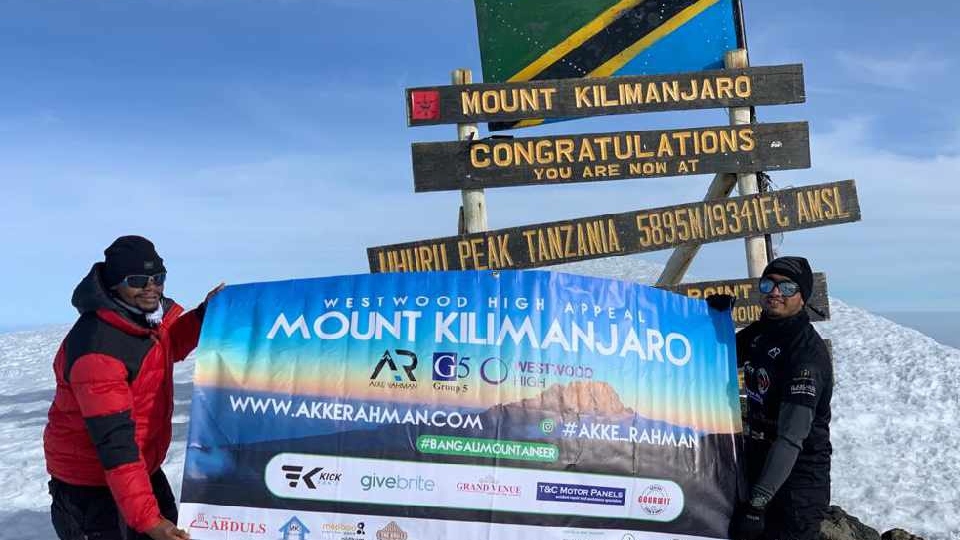 Akke Rahman, who has been christened the 'Bengali Mountaineer', topped the Tanzanian giant Kilimanjaro in just three days

Our borough has been proudly promoted at the zenith of Africa by an Oldham-based mountaineer who has just conquered Kilimanjaro.

Akke Rahman, who has been christened the 'Bengali Mountaineer', topped the Tanzanian giant in just three days.

And he has raised over £5,000 in the process, to ensure children in Oldham get the very best education academically and spiritually.

With the support of 200 plus donors including local businesses, the 37-year-old completed his quest in the early hours of yesterday morning (Thursday).

And cheering him on some 6,500 miles away, were the staff and students of Westwood High, who have benefited from Akke’s herculean efforts.

Befitting a man deeply proud of his Bengali-British identity, Akke hoisted a flag depicting both countries, plus a banner emblazoned with the name of the school and of course our borough, when he reached the top.

From the summit, Akke said: “I am fiercely proud of coming from Oldham and have been so humbled by the borough’s response to my efforts in terms of sponsorship and encouragement.

"The lockdown has had a huge effect on people’s income and their priorities, and yet still they have found it in their hearts to support me.

Preparing for Kilimanjaro during the pandemic has proved as difficult a challenge as climbing the mountain itself for Akke. 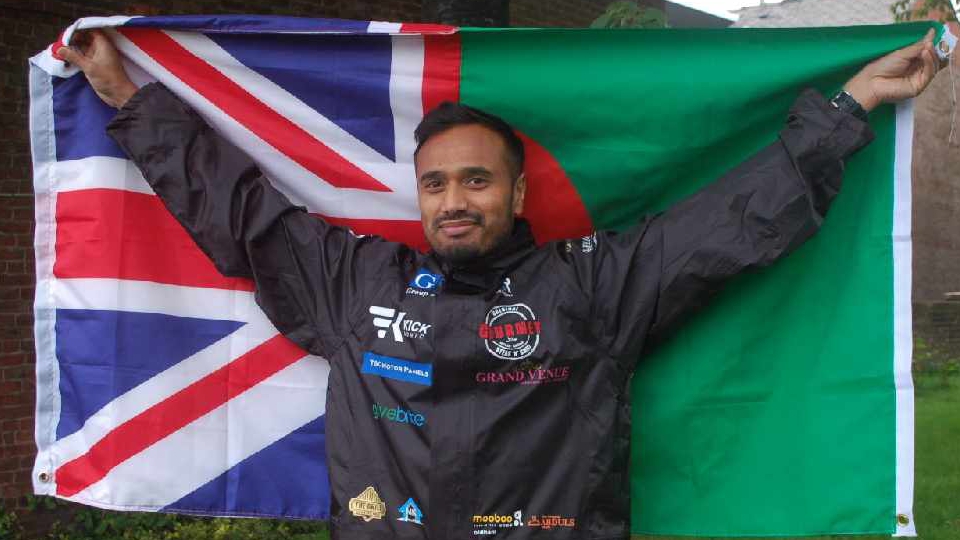 His training regime had to be done within strict social distancing measures and he only secured his passage to Tanzania days before the quest.

But he was determined to complete the mission and had tremendous support from his family – with his brother Ziggy’s events business Exquisite sponsoring his clothing and his mum even stitching the flag together into the early hours of the morning.

“My goal was not just to climb the highest mountain I have ever attempted, but also to inspire my community to support local charities and improve their health and fitness,” said Akke.

"If I can persuade one person to care for themselves and each other, I will feel on top of the world!”

Pictured (above) is Akke, prior to his jaunt to Kilimanjaro and at the summit of the 19,000-foot mountain.

You can also visit his Facebook page: @BengaliMountaineer to check on his progress.