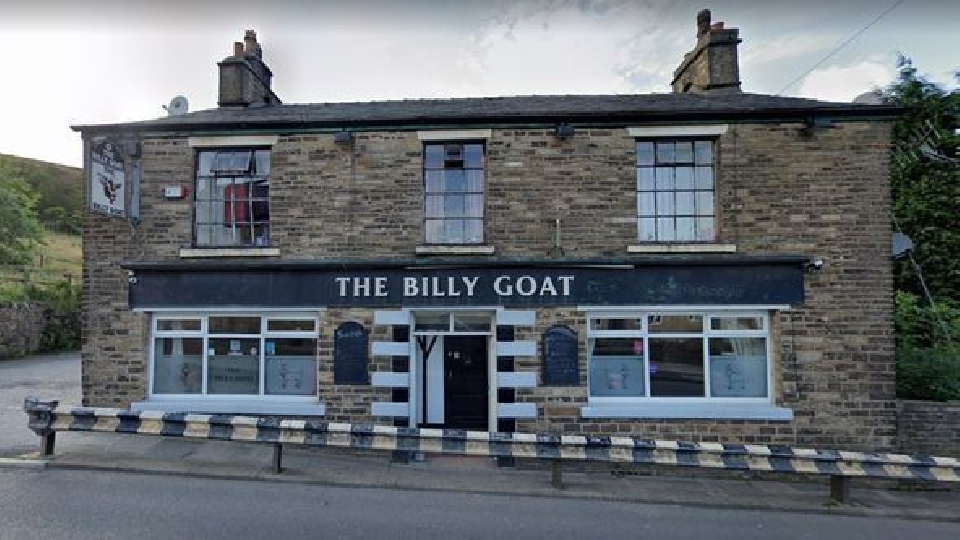 A pub which was named and shamed by Greater Manchester Police’s chief constable has been stripped of its licence for hosting a party like a ‘prohibition speakeasy’ during lockdown.

The Billy Goat pub in Mossley was summoned for a premises licence review after police found around 30 people inside drinking at around 2.30pm on Saturday, March 21.

This was the day after Prime Minister Boris Johnson  announced that all pubs bars, restaurants must close down in an effort to suppress the coronavirus outbreak.

Chief Constable Ian Hopkins had slammed the pub telling staff ‘you are putting people’s lives at risk as well as being very very selfish to the wider community’.

Licensing manager Mike Robinson said police were driving past the pub when they noticed a number of vehicles in the car park, and the curtains drawn, which led them to suspect the business might be trading.

The Billy Goat on Stamford Street was still open for a ‘private party’, allowing patrons to enter via the back door.

The designated premises supervisor (DPS) Kathleen O’Neil was told by PC Martin Dench she had 30 minutes to clear customers from the pub and close the premises.

However, once police had left, CCTV footage showed that she once again began serving drinks.

When officers returned, there were still customers inside the Billy Goat who began to leave when the police car pulled into the car park.

Ms O’Neil and her family remained on the premises, but when police left for a second time she began to serve even more drinks.

Mr Robinson told the meeting of Tameside’s licensing committee that the licensing objectives of the prevention of crime and disorder, public nuisance and public safety had been ‘seriously undermined’.

He said the DPS and premises licence holder, Victor Bowers, had made the decision to remain open was because they thought ‘the coronavirus outbreak was not as bad as had been reported’.

“It’s my opinion that the management of the premises have shown a flagrant disregard for both the coronavirus regulations and the licensing objectives,” he added.

“It allowed customers to enter and leave via the backdoor like a prohibition speakeasy and the fact the premises continued to trade despite being instructed by PC Dench to cease trading exacerbates this and demonstrates a complete lack of respect for the authority or the law. “

During the hearing Mr Bowers attributed the decision to remain open to ignorance about the dangers of Covid-19 and the short notice of the government instruction to close.

“No one has ever been through this. Nobody realised how serious it was,” he said.

“For three months we’ve had no income coming in, so we have been punished quite a lot.

“Other than that first situation the pub wasn’t open to any other public.”

Ms O’Neil told the panel her behaviour was ‘stupid and irresponsible’.

“I didn’t realise the seriousness of what was going on,” she added.

“Please don’t take the pub licence because of the amount of people it’s going to affect, especially the elderly ones.”

The licensing department had received 24 letters from members of the public in support of the premises.

However, PC Martin Thorley, police licensing officer for Tameside said that allowing the congregation of patrons put people at risk.

He added: “The DPS has put the welfare of staff, customers, attending police officers and council officers and wider members of the public in danger of contracting a potentially fatal illness.

“I consider the behaviour and actions of the management and staff at the Billy Goat have been totally irresponsible especially as the closure of pubs was ordered by the government during this global pandemic.”

Announcing the panel’s decision to revoke the licence of the Billy Goat, chair Councillor David Sweeton said: “The panel was satisfied on the evidence that there was a serious and flagrant breach of the health protection regulations that came into force on the March 21.”

He concluded that they did not have confidence that the pub would abide by restrictions during a potential second wave of coronavirus.

The premises licence holder has the right to appeal the decision to Tameside magistrates court within 21 days.