Separate households banned from meeting up indoors across Greater Manchester 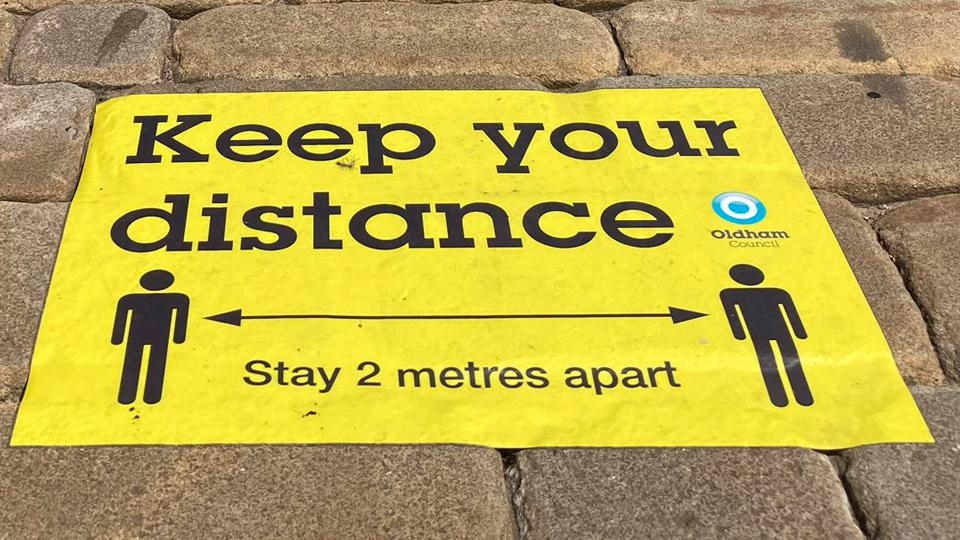 The new rules are in addition to current restrictions

Separate households are now banned from meeting indoors in Greater Manchester, East Lancashire and parts of West Yorkshire after a rise in coronavirus cases.

The news comes after the UK saw its highest daily total of COVID-19 cases for more than a month.

Health Secretary Matt Hancock said "Households gathering and not abiding by the social distancing rules" was a reason for the decision, which had been taken in order to "keep the country safe".

He said: "We take this action with a heavy heart but unfortunately it's necessary because we've seen that households meeting up and a lack of social distancing is one of the causes of this rising rate of coronavirus and we'll do whatever is necessary to keep the country safe."

Mr Hancock added: "We're constantly vigilant and we've been looking at the data, and unfortunately we've seen across parts of northern England an increase in the number of cases of coronavirus.

"So, today, I held a meeting of the government's Gold Committee and working with local leaders, including, for instance, Andy Burnham the mayor of Greater Manchester, we've decided that we need to take action across Greater Manchester, East Lancashire and parts of West Yorkshire.

"So, from midnight tonight [Friday] we are banning households meeting up indoors."

Mayor of Greater Manchester, Andy Burnham said he agreed with the new precautions: "Over recent days, there has been a marked change in the picture across Greater Manchester with regard to the spread of Covid-19.

"We have gone from a falling rate of cases in nearly all of our boroughs last week to a rising rate in nine out of ten affection communities across a much wider geography.  In Rochdale, the one borough where cases have fallen, they are still too high.

"We have always said that we will remain vigilant and be ready to respond quickly should the need arise.  In line with that approach, I have agreed with the Health Secretary that it is right to act on the precautionary princeiple and introduce modest measures now to bring down the rate of new infections".

Oldham had already introduced tighter guidelines after the borough saw its seven-day rate increase from 23.3 to 54.3, with 128 new cases.  New rules were introduced in the borough this week, in which residents were told they could no longer have social visitors in their homes.

Oldham Council said many of the recent cases in the borough are multiple people testing positive within a household, pointing to a spread among households with large families.

A summary of the changes affecting Oldham can be found here.