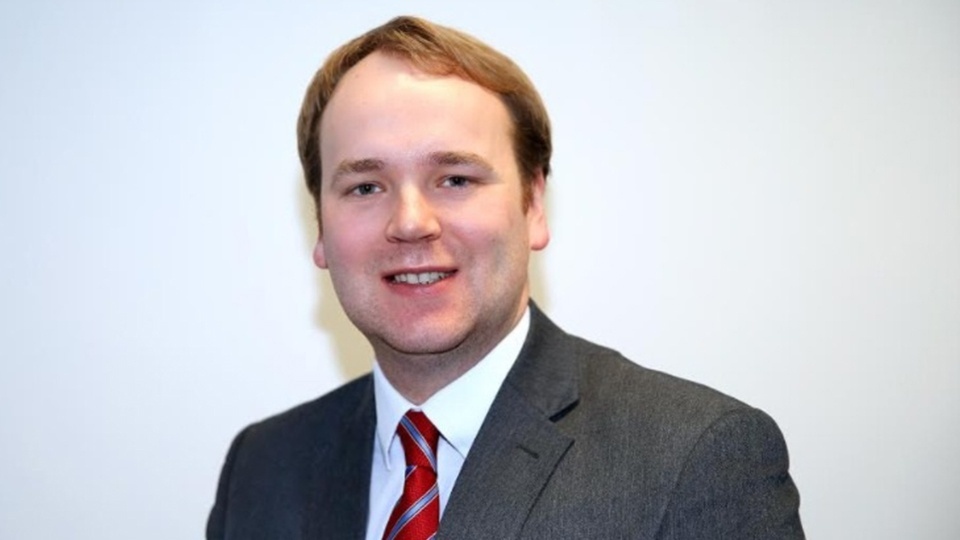 A Conservative MP has broken ranks to criticise the government’s decision to impose a Greater Manchester-wide ‘local-lockdown’.

New guidance forbidding people from visiting each other’s homes – except for in the case of ‘social bubbles’ was announced amid much confusion late last night.

Different households  must also not meet ‘indoors’ at pubs, bars and restaurants under the tighter restrictions.

The new rules also apply to East Lancashire and parts of West Yorkshire.

But William Wragg, MP for Hazel Grove, took to Twitter to voice his displeasure over Greater Manchester being treated as ‘one homogeneous area’, adding ‘to treat all 10 boroughs the same is not the right approach’.

His constituency lies within Stockport which, while consistently recording low infection rates, saw a surge in cases last weekend.

But the overall picture in the borough remains less worrying than areas such as Oldham – which brought in new restrictions were brought in earlier this week – Rochdale, or even Trafford which has seen a sudden rise in cases.

The new measures are to be reviewed on a weekly basis – and Mr Wragg is calling for for a ‘stronger focus on local data’ as things progress.

He told the Local Democracy Reporting Service: “All I would ask for is a stronger focus on local data, so it doesn’t have to be a blanket across the board in areas where there may not be as great a risk as in others.

“I think we have to take as localised an approach as possible. You can look at the stats and see the difference. Yes, there’s clearly been an uptick and that needs addressing, but it’s right to have a balanced approach.”

Earlier this week Stockport public health bosses admitted there was ‘growing concern’ over increasing infection rates among young adults, after cases increased from under five per day to up to 15 over the course of just a few days.

However, Mr Wragg added: “I know the Stockport figures have increased, but they are not on the same scale as Oldham and some other boroughs.

“I might sound parochial about this, but I really think a stronger focus on local data is the right approach going forward – particularly where I am, my constituency borders two counties – Derbyshire and Cheshire.

“I want people to be sensible, to heed the guidance and if we all put our shoulder to the wheel again we will get through this as quickly as possible.”

The government has come in for heavy criticism over the way it handled the announcement – which came in the form of a 10pm Tweet from health secretary Matt Hancock.

But Mr Wragg says he does not criticise the government for taking ‘swift action’ which he said was appropriate in the circumstances – with infection rates rising across Greater Manchester in nine of its 10 boroughs.

He said: To pre-empt something would just cause more speculation. It’s in a similar category to what was announced about Spain at the weekend.

“It needed swiftness of action, it may have caught people on the hop, but people can adjust.”

New cases in Trafford rose from 26 in the week ending July 17 to 77 the following week – a more than four-fold increase in the rate per 100,000 people.

But Sir Graham, said he agreed with his Hazel Grove colleague, adding “Latest update for Trafford says ‘infections continue to be at a low level’…”

However this drew a rebuke from the Coun Andrew Western, the Labour leader of Trafford council.

He tweeted back: “If you require a briefing on the Trafford stats Graham let me know.

"We are fifth in the country with hot spots in Hale and Hale Barns and significant uplift in cases amongst young people.

"It’s all relative but we have an issue here.”