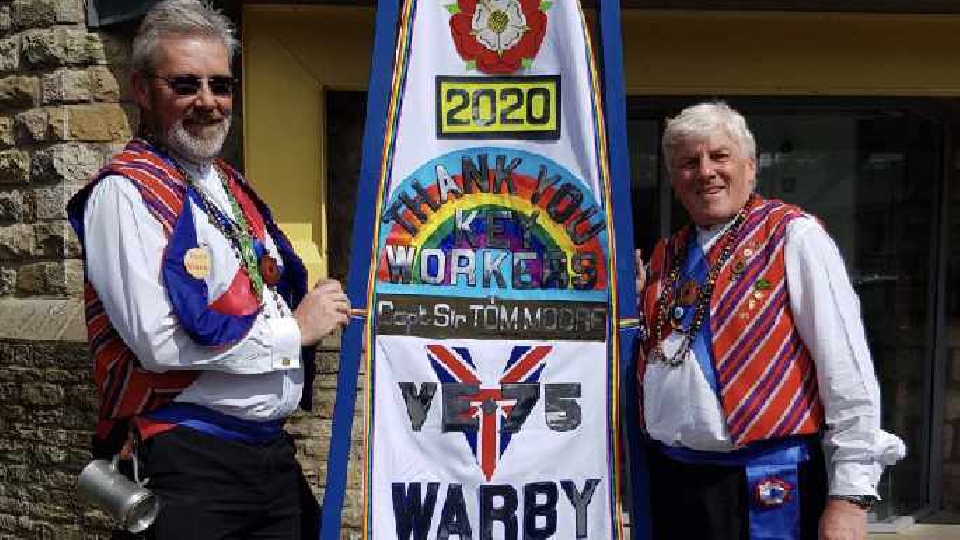 Two of Saddleworth’s deceased local heroes have been enshrined despite a unique festival being cancelled because of the coronavirus.

A distinctive cover would have draped a 13-ft high conical shaped tower of hand-cut rushes paraded through the villages as part of Saddleworth Morris Men’s Rushcart Festival on the weekend of  August 22-23.

But Richard Hankinson, the side’s former squire, was determined to maintain the tradition and the cover was unveiled at Saddleworth Museum, where it will take pride of place in a tableau.

Mr Hankinson, who was accompanied at the social distancing ceremony by long-term morris men Graham Wood, Ron Yates and Tim Edge, said: “Martin was the policeman on duty for the first 25 or so rushcarts and a huge local character.

“Duncan Rhodes presided over the Rushcart service numerous times and was a strong supporter.

"He was also my cousin and Godfather.”

David Biggs, the current squire, said he hoped those passing the Saddleworth Morris Men display at the museum on Uppermill High Street would raise a smile.