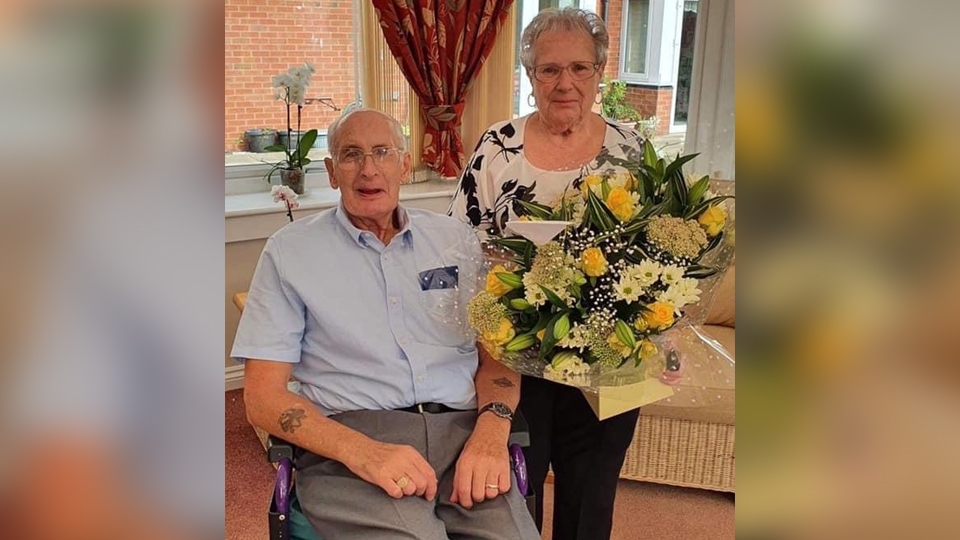 Oldham’s mayor Ginny Alexander cannot attend  townsfolks personal celebrations because of coronavirus restrictions but she ensures she marks their day with a special card and flowers.

The latest lucky recipients are  Robert and Sandra Mottram, who first met on July 24 1969 walking up Fir Tree Lane, Fitton Hill. Robert already knew Sandra’s mum who invited Robert over to their home for a cup of tea. Robert accepted and while he was there he kept on giving Sandra, “the eye,” as Sandra describes.

Not long after this meeting, Robert found out the number of where Sandra worked and asked her out on a date. Sandra accepted and they were married 12 months later at Honeywell Lane Methodist Church.

Robert and Sandra have two children, Julie, the eldest, and Graham and they also have three grandchildren, Amelia 23, Patrick 21 and Charlie aged 9.

Sandra worked for Oldham Council as a home help and Robert on refuse, also for Oldham council.

Robert was also nominated and won a "Pride of Oldham" award for keeping Rochdale Road and Broadway Royton clean and tidy. At one point his picture at was displayed at the Civic Centre To celebrate him winning the award.

Ginny adds: "The couple are hoping to celebrate their Golden Anniversary with their family at a local restaurant if they are able.However you celebrate your 50 years, I wish you a lovely day and I send my love & best wishes to you both."