You are Here: Home » News » Main News » RSPCA warning about the use of rat poison after fox is found collapsed in a garden and later dies 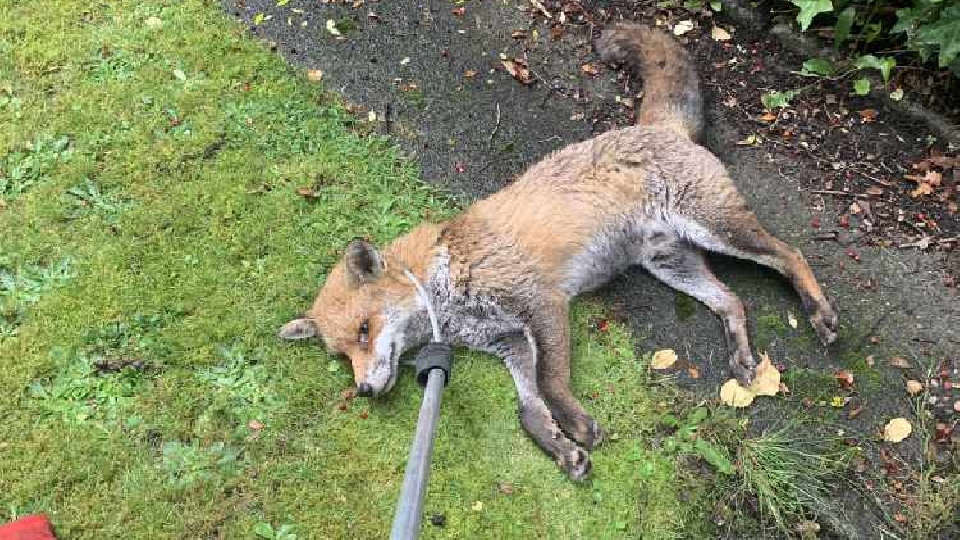 The RSPCA is warning people about the dangers of using rodenticides - such as rat poison - after a fox was found collapsed in a garden and later died.

The fox was discovered collapsed and shaking in School Grove in Manchester by a resident who alerted the RSPCA on Friday (October 9).

It is understood the fox had been there the day before, but it was assumed that she was resting.

Animal rescuer Jessica Pierce was sent to the scene and using a specialist pole was able to move the female fox into a carrier where she wrapped her in a blanket.

She then rushed her for treatment at a nearby vets.

Sadly the vet decided that the fox was suffering so much the kindest thing was to put her to sleep.

It is suspected the fox may have ingested rat poison - perhaps from eating a rodent which had been poisoned - and this caused her to suffer until she was found.

Jessica said: “The symptoms indicate the fox probably died from poison which was left out for rats but obviously can be ingested by other wild animals as well as dogs and cats and often causes a slow and painful death.

“It is such a shame as she was beautiful and in such great condition.

“People use rat poison but forget about the dangers it poses to other animals such as owls which feed on rats - and we often get reports from dog owners about their pets getting severely ill or dying after ingesting such poison.

“Signs of poisoning, such as vomiting and dizziness can be seen anything from 30 minutes after an animal has ingested the chemical, though it can be two or three days before signs of kidney failure are seen.

“We would also urge anyone who suspects their pet has been poisoned to seek emergency veterinary treatment.”

Studies show that rats are sentient beings, capable of thinking and experiencing feelings such as pleasure, pain and distress.

They have different personalities and preferences and show empathy and care for one another and the RSPCA urges people to use humane methods to control these rodents.

The RSPCA’s scientific officer, Evie Button, said: “There are numerous valid reasons for controlling rodent populations including to protect food supplies, for disease control, and to prevent damage to buildings.

“However, simple and effective methods exist which in many cases can be used to deter rats humanely, without ever having to result to lethal control.

"Planting natural rodent repellents such as hyacinths, alliums and daffodils can help too.

"Rodents are also neophobic (are afraid of changes or new things in their environment), so moving around objects such as garden furniture will also deter them.

“It’s also important to be aware that leftover bird food or food put in compost heaps, whilst great for some wildlife, may also attract rats.

"So if problems arise, try removing food sources in your garden temporarily along with cutting back any vegetation acting as cover for rodents.”

For more information see the RSPCA’s Living with Rats and Mice Fact sheet.