You are Here: Home » News » Main News » Man who deliberately ran over couple and caused serious injuries is jailed 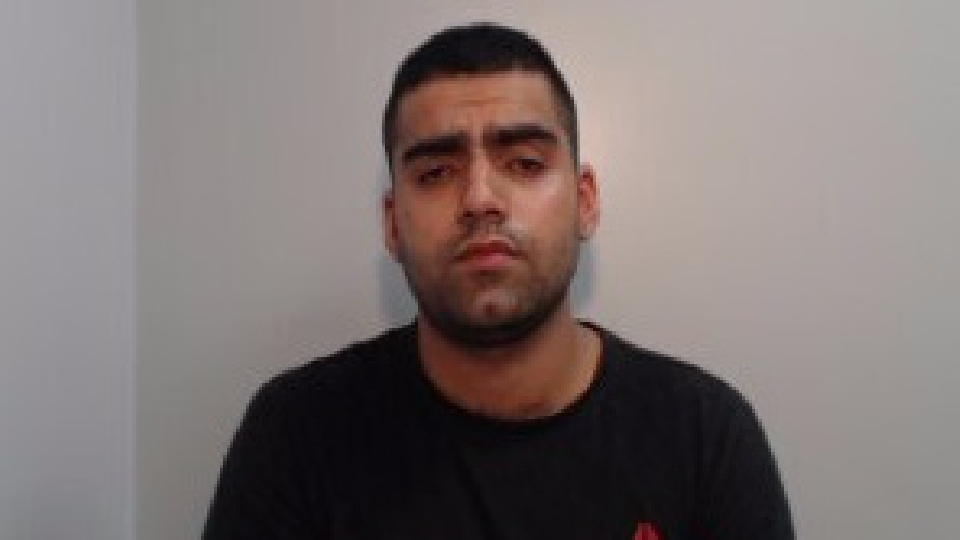 A man, who deliberately drove his car at a couple of strangers and caused serious injuries after they declined his offer of drugs in Ashton, has been jailed for three years and six months.

Joenade Shahid (aged 29) of Tennyson Avenue in Dukinfield, had guilty pleas of causing serious injury by way of dangerous driving and section 47 assault accepted by the prosecution in relation to the attack in October, 2018.

The court heard that on the evening of the incident (Sunday, October 7, 2018) the victims - a 44-year-old man and 25-year-old woman - were walking towards Cineworld on Ashton Moss after being in the Witchwood pub.

While walking towards Richmond Street, they went past a small silver car blaring out loud music which Shahid was sat in.

Shahid proceeded to shout at the couple to 'come back here' repeatedly and, despite the man telling Shahid that they weren’t interested, Shahid drove slowly alongside them and started to offer them drugs.

The man refused and, as he carried on walking with his partner, Shahid's tone became increasingly aggressive and he initially got out of his car to try and confront the couple.

In a bid to keep up with them, Shahid got back in his car and followed the victims onto Richmond Street where he was heard revving his engine before driving at them from behind and causing them to fall into a front garden on the street.

Confused by what had just occurred, the pair struggled to get back to their feet and eventually sought safety outside a nearby mosque where they then called emergency services.

They were both taken to hospital with serious injuries - including the woman suffering spinal injuries, which she is still receiving treatment for two years on.

An off-duty police officer on his way to work at Ashton police station that evening saw a silver Nissan Micra driving at speed near to Kayley Industrial Park and was able to later help identify the car and trace the driver of it.

The next day, Shahid was arrested on suspicion of section 18 assault and made an admission in the police vehicle on the way to custody that he was a disqualified driver but that 'he was jumped' and did it for his own safety.

Due to the evidence he was faced with, Shahid admitted causing serious injury by way of dangerous driving and a section 47 assault, and will be in custody for the next 42 months.

Detective Darren Byrne, of GMP's Tameside division, said: "This was a nasty and wholly unprovoked attack on an innocent couple who were simply minding their own business and planning to go and watch a film on an ordinary Sunday night.

"The actions of Joenade Shahid were incomprehensible and absolutely shocking and the consequences of this have seen the female victim require extensive and ongoing treatment at hospital for her spinal injuries - we wish her well as she continues to recover thanks to superb medical work.

"I am glad that Shahid has ultimately admitted his wrongdoing.

"He'll be able to spend time behind bars to reflect on his actions and ensure that he doesn’t act in this outrageous way again and pose a threat to members of the public in future.

"People who behave like this should be nowhere near the wheel of a car and while Shahid's custodial sentence is important, the ban on his driving is particularly significant and will make our roads a safer place."