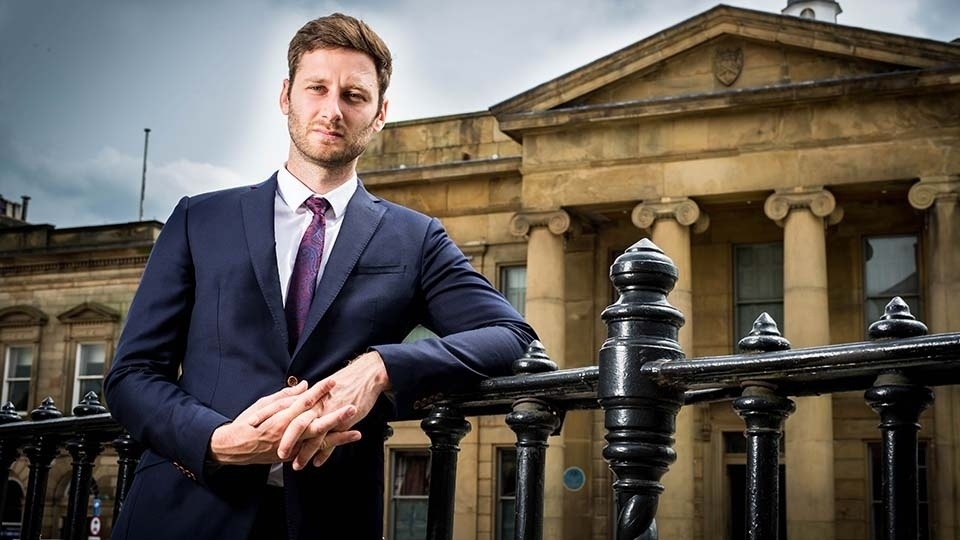 Councillors were presented with an update on the progress of an investigation into allegations of child sexual exploitation in Oldham during a heated town hall meeting.

Council leader Sean Fielding and Independent Failsworth East councillor Brian Hobin clashed over the issue at a virtual meeting of the full council on Wednesday night.

Coun Fielding said that during the course of the meeting people had assembled outside his home while his partner was there alone and ‘attempted to bully and intimidate and harass her with a megaphone from across the street’.

Moving a motion calling for a new ‘independent’ investigation led by the Home Secretary and the Minister for Housing, Communities and Local Government, Coun Hobin said he believed that the ‘administration is too close to the review team’.

He was critical of the council making contact with people to take part and be interviewed as part of the the review.

“If we carry on with this review do you have any idea of how much it’s just going to be classed as a whitewash?,” Coun Hobin said.

The motion was seconded by Conservative group leader John Hudson, but was overridden by an amended version by the Labour group, which Coun Hobin did not support.

Commissioned by the council in November last year, the current review is being led by Malcolm Newsam, a former commissioner for social care in Rotherham, and Gary Ridgway, a former Detective Superintendent of Cambridgeshire Police, who both worked on the Operation Augusta investigation in Manchester.

Chiefs have previously confirmed the review will cover the period from 2011 to 2014, but will also consider the specific case of one woman who complained about the handling of her case during 2005 and 2006.

However council leader Sean Fielding told councillors that the review team was looking at evidence from as far back as 2006 and as recently as 2017.

“They have our full support and have so far accessed hundreds of documents and conducted scores of interviews, including with council staff and elected members as well as members of the public,” he said.

Coun Fielding added that Oldham council had been in contact with the Home Office which was aware of the review.

He said that any survivors who were taking part in the review were being supported by St Mary’s sexual assault referral centre in Manchester.

However Coun Hobin said the update ‘tells us nothing’ about what had been going on for the past 12 months.

Throughout the pandemic the review team have been undertaking interviews with a ‘number of individuals’ who have been identified as relevant to the scope and purpose of the review’, according to a report to full council.

Interviews are being conducted virtually due to Covid-19 restrictions, and the team have already interviewed a number of individuals including current and previous council employees and one former councillor.

Once the review team’s report is completed it will be published by the Greater Manchester Combined Authority.

Coun Fielding told the meeting that he hoped the review would give residents confidence that ‘in Oldham we are doing all that we can to keep every child safe’.

He said: “We requested that this review be commissioned because it’s absolutely vital that the council and our partners do everything possible to tackle child sexual exploitation, that we learn any lessons from the past and that our work today is as good as it can be.

“The review is completely independent and we do not and cannot monitor the review team’s progress.

“We will ensure we will be open and transparent about its findings and what they mean for how we work here in Oldham.

“The review is robust, rigorous and will look at all allegations and concerns raised.”

The assurance review will specifically consider allegations of historic abuse that have been made on social media involving shisha bars, taxi companies and children’s homes.

This will include the ‘nature and extent to which adults had inappropriate access to children and young people resident in children’s homes in Oldham putting them at risk of harm’.

It will also look at the extent to which historical actions and employment records have been ‘adequately investigated’ in the case of ‘known offenders’ previously employed within Oldham public services.

It is understood this relates to jailed Rochdale grooming leader Shabir Ahmed, who worked at Oldham council until the mid-2000s.

The framework of the review says ‘particular reference’ will be made to concerns that statutory agencies were ‘aware of this abuse, failed to respond appropriately to safeguard the children and subsequently covered up these failings’.