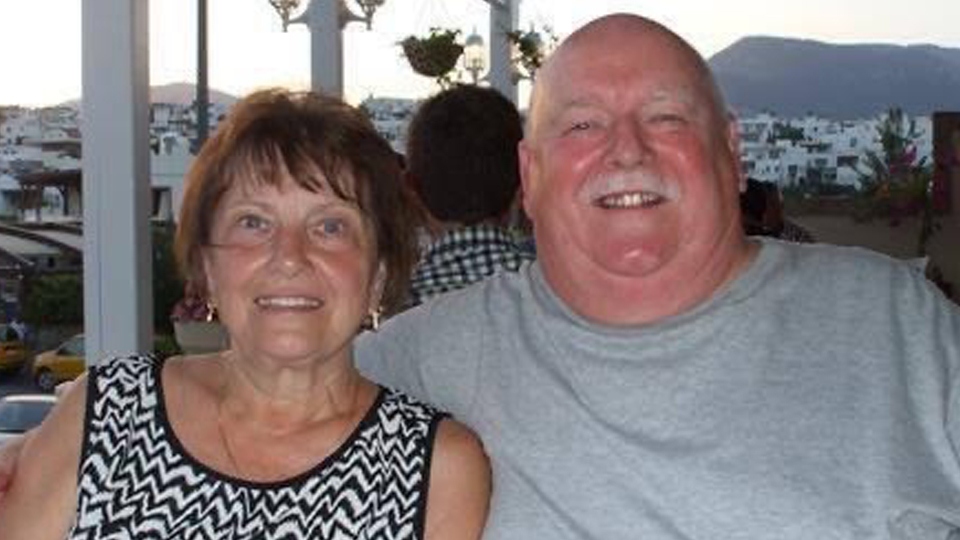 Maria and David Emmott were married for 52 years

Chadderton will pay its respects on Friday to a couple happily married for 52 years, until a Covid infection ended both their lives.

David and Maria Emmott celebrated the anniversary milestone in September, but only weeks later David passed away aged 76 in the Royal Oldham Hospital due to Covid 19.  Just 14 days later Maria too, lost her fight with the same infection aged 74.

They both passed away in the Intensive Care Unit where their relatives said they were looked after with "so much care and dignity" by NHS staff.

David was a toolmaker by trade, working at Brinksway Tools in Stockport, helping build jigs for Airbus.  He had previously worked at Kiddie Thorn and Ferranti.

Maria was also employed by Ferranti for over 30 years, before starting work at Raven Mill in Chadderton in 2002.  She was still working there when she passed away.

After marrying in September 1968, at St Marks in Glodwick, the newlywed couple set up home in Coldhurst, before moving to Brooklands Avenue in Chadderton in the early seventies.

David and Maria's granddaughter Catie told the Chronicle that the couple were made for each other.

"Maria was vibrant, young at heart, always had time for anyone else. David was knowledgeable - he was good at general knowledge, especially quizzes - and kind. They were both known for their sense of humour."

Catie also says Maria was a well-known character in her beloved Chadderton.

"She helped feed the homeless at Christ Church, and was well known in the pubs and clubs around Chadderton. She bowled for Springbank Bowling Club and Fitton Park.

"She was known for singing ‘These Boots Are Made For Walking’ by Nancy Sinatra."

The service - which is subject to Covid restrictions - will take place on Friday (27th) at 11:30 at Oldham Crematorium.

The cortege will pass the Dog Inn in Chadderton, where the couple often spent their Friday nights, as well as Raven Mill where mourners and friends can pay their respects.