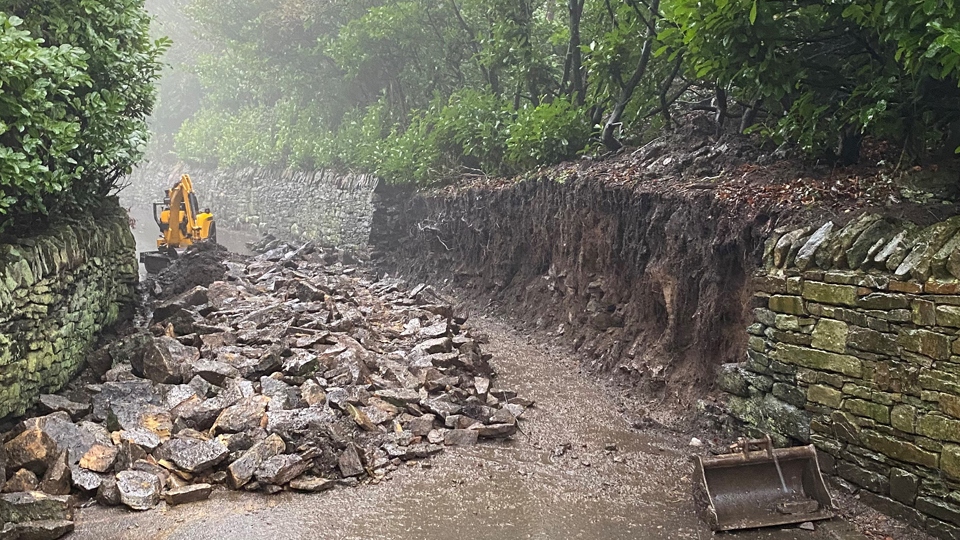 The wall has been awaiting reparis for two years

It's been tagged 'The Great Wall of Grasscroft'.

Not because of iconic status, but the fact is has taken TWO YEARS of legal wrangling to repair the boundary wall of a frustrated Saddleworth homeowner.

Paul Errock managing director of a Lees-based construction firm, said the wall was damaged in November 2018 by an Oldham council 36-tonne road planer during road re-surfacing to Lovers Lane.

"The initial impact damage was relatively negligible, and had it been repaired in a timely manner, it would have been an isolated area," he declared

"The length and size of the vehicle was not suitable to traverse the narrowness of the lane. Our insurance company accepted costs for repair, and time-scale.

“But is has taken 18-months to obtain a road closure to carry out the works.

"The isolated area of impact, effected the integrity of the wall, and over time the wall further buckled with vibration - and the fact most of the middle of the wall was demolished - this grew to a 4 metre section needing remedials.  Six-months later 8 metres needed re-building, and a further six-months later, we now need 12 metres of the wall re-building."