You are Here: Home » News » Main News » Talented brothers Jonathan and Tom gear up for their big show night 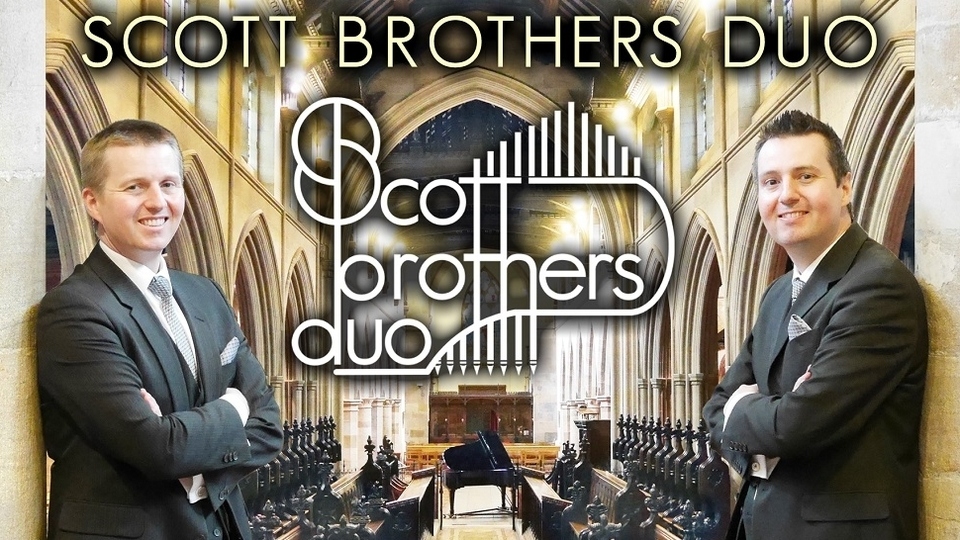 Two hugely popular musical brothers from Failsworth are gearing up ahead of performing a very special online show this weekend.

Since March 2020, the classical piano-playing brothers have created numerous online concerts and videos, which have had over two million views on their popular YouTube channel.

Tom said: “Although we have been restricted from performing in public, we have still kept the music and playing going, and we have reached millions of people all over the world."

Jonathan added: “So many people have contacted us to tell us how much it has meant to them during this time."

Jonathan is also an organist, and many videos feature his virtuosic organ playing of arrangements of famous classical pieces.

He is usually found playing at the Bridgewater Hall in Manchester, where he is Associate Artist, and last summer he performed in his own solo organ evening prom at the 2020 BBC Proms (which is available to watch on BBC iPlayer).

Jonathan said: “It was such a great experience, and even though there was no audience, there was still such a special atmosphere in the Royal Albert Hall playing its amazing grand Organ."

The brothers (performing in combinations of piano, organ and harmonium) have toured all over the world and this season were about to perform in Singapore, South Korea, Germany and Italy, before the pandemic restrictions came into place.

Jonathan added: “It's a strange time for musicians, but we have still found a way of performing virtually due to Tom's camera, video and audio skills."

Tom has a PhD from the University of Manchester, where he spent a lot of time working in electro-acoustic music and visual arts.

He said: “As a musician it's important to be able to use technology well, so it's all come in rather handy.

"I also create animations which we include in our concerts.”

Tomorrow's programme contains romantic music favourites from composers such as Saint-Saëns, Borodin, Debussy, Liszt, and includes animation, piano solos, as well a brand new arrangement by Jonathan of the second movement of Rachmaninoff's Concerto No. 2, so famously used in the 1945 film 'Brief Encounter'.

The brothers always introduce their repertoire in their own inimitable, friendly way, and are looking forward to sharing their performance of some of the greatest romantic music in the world.

The concert will be free to watch. Just click here