You are Here: Home » News » Main News » Getaway route is blocked off

Getaway route is blocked off 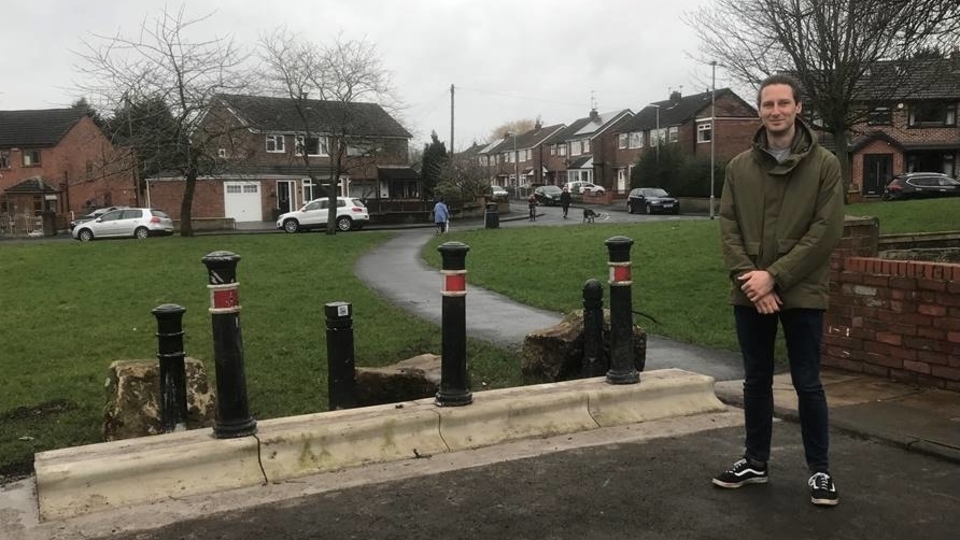 A Failsworth footpath that was often used by getaway drivers being pursued by the police has been made narrower following requests from local Councillors, residents and Police Officers.

Whilst Ogden Road in Failsworth should be a dead end for vehicle traffic, local residents had witnessed cars continuing across the field at the end of the road and on to Norfolk Crescent to escape police.

Smaller vehicles were able to get through due to damage to the bollards that had been placed there to stop them.

The most recent incident prompted PC Jon Gorton, of Greater Manchester Police’s road policing unit, to contact local Councillors requesting repairs to the bollards, or the installation of a more robust roadblock.

Residents of Ogden Road and Oak Road also contacted Councillors after witnessing what had happened.

In response, Failsworth West Councillor Sean Fielding arranged for boulders to be placed at the end of Ogden Road as a temporary measure whilst a more permanent solution could be found.

The permanent solution, taking the form of a high kerb topped with reflective bollards, has now been installed.

Councillor Fielding said: “I am pleased that this new kerb has been put in place.

"The field at the end of Ogden Road is popular with dog walkers and children and so it should be no place for vehicle traffic.

"As well as preventing cars from driving across the open space hopefully it will help the local police to catch more criminals.”

The boulders placed there as a temporary measure have been left in situ as a decorative feature.