Plans for huge shared house cause outcry in Oldham village. 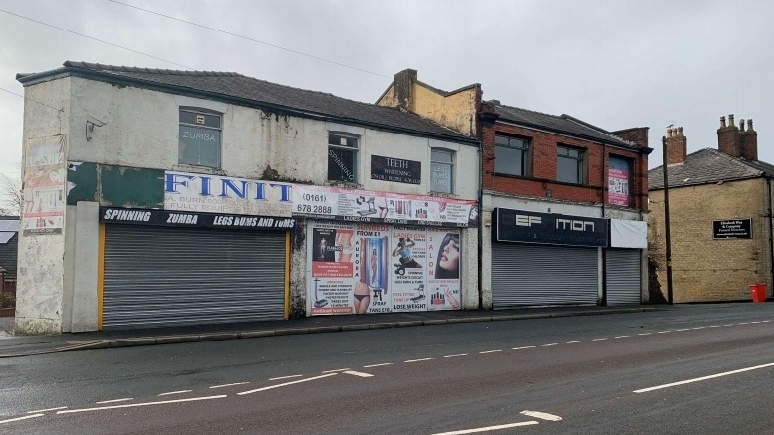 Plans to convert a former beauty salon into a huge shared house have caused outcry among residents of an Oldham village.

A planning application has been lodged with the council to turn shop units in Bardsley, which sits on the outskirts of Oldham, into a 15-bed house of multiple occupation (HMO).

Since being submitted at the beginning of February, there have been 189 objections to the proposals from neighbouring residents.

People have raised concerns that there are too many HMOs in the Bardsley area already, and fear that it could lead to an increase in crime.

One objector wrote: “I strongly object to this proposal as another multi occupancy type building has the ability to bring even more crime and anti social behaviour to our community.”

Another resident stated in their objection: “To have three HMOs in such a small village and in such close proximity to each other is a recipe for disaster.”

The village area was recently rocked by the death of a 29-year-old woman at a property on Ashton Road, who has been named as Imogen Bohajczuk.

The application site, at 910-912 Ashton Road was previously occupied by ‘Definitions’, a combination fitness and beauty business which stopped trading in early 2020.

The building has been empty since then, and was bought by the applicant HG Real Estate in December.

The application covers the two separate buildings which have been linked together into one premises.

Under the plans, each of the 15 bedrooms would have its own bathroom with two areas for shared kitchen and dining facilities. Laundry facilities would be provided in the basement area.

A design and access statement, submitted by Whittaker Design on behalf of the applicant states the design will be ‘respectful and reflect the environment’ and will create the appeared of a ‘terrace of housing’.

They say there will be ‘extensive’ alteration and improvement to the exterior of the building, and a garden provided at the rear for amenity space and communal bicycle storage.

“Future residents will benefit from a pleasant area of external amenity space provided in the rear area of the property which backs onto an area of open greenspace,” the report adds.

“The communal area will provide a space for sitting out, utility as well as an opportunity for residents / visitors to socialise and thereby help to foster a sense of community within the development.”

The development would make a ‘positive contribution’ to Oldham’s housing supply and help diversify housing stock according to the statement.

The report states there are other benefits, including: “Providing housing in a highly sustainable and accessible location, which involves the reuse of an existing vacant building.

“Increasing footfall in the Bardsley area and thereby having a positive impact on custom of nearby commercial uses; and, increasing surveillance helping to minimise risk of crime and fear of crime.”

A decision on the planning application will be made after March 31.