You are Here: Home » News » Main News » Greater Manchester buses to be brought back under public control after 35 years 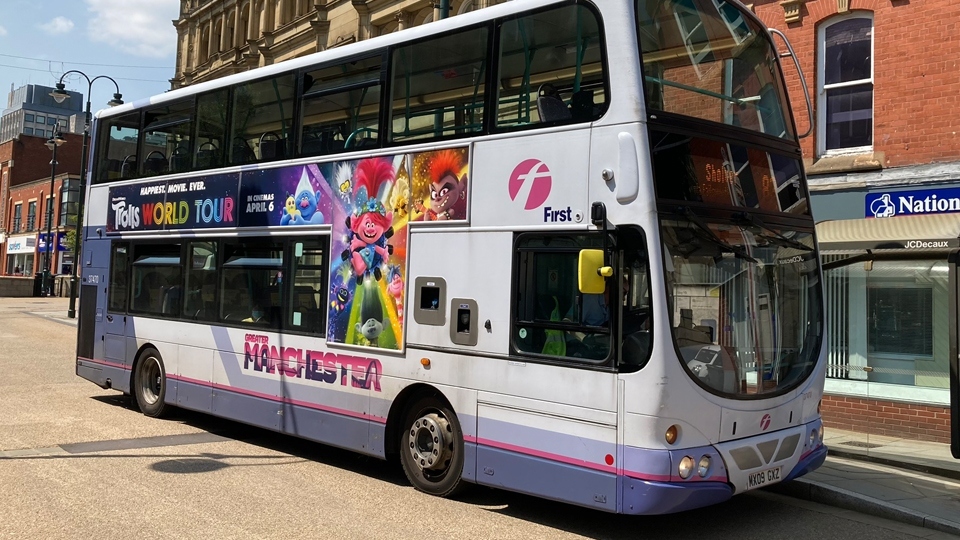 Greater Manchester will become the first place outside of London to bring buses back into public control since the 1980s after historic reforms were signed off by Andy Burnham.

The mayor hailed the introduction of bus franchising as a ‘game changer’ for a city-region which had looked on ‘with envy’ at the capital’s integrated public transport system.

It will mean that passengers will ride on bus services on a ‘seamless’ system where fares, routes and timetables will be managed by local authorities – instead of private bus operators.

Stagecoach, one of the firms seeking a judicial review of the £134.5m plans, said it was ‘disappointed and surprised’ by Mr Burnham’s announcement on Thursday.

There was also a failed attempt by one company to seek an injunction against a decision on bus franchising being made before the legal challenges are heard in May.

Mr Burnham, announcing his decision inside Ashton-under-Lyne interchange, said that privatisation had led to ‘35 years of rising fares and routes being cut’.

“On Oxford Road [in Manchester] you have one bus after another, and then you have estates where there is nothing at all,” he added.

“The decisions about bus services, when and where they come and how much they cost, have been made by commercial operators.

“There are over 30 of them in Greater Manchester, operating hundreds of routes with over 150 ticket types.

“This deregulated system has not been driven by the needs of our communities, but by the bus operator’s responsibilities to their shareholders to make a profit.

“That’s not a criticism, or a political point, it is a fact. I think it’s a game changer, it’s what people long before me have fought for over many years.”

Bus franchising had been backed by nine of the 10 local authorities in Greater Manchester, while the plans received more than 80 per cent backing from the public.

The new system will be introduced in a phased approach first in Bolton and Wigan in January 2023, before being rolled out across the remaining boroughs from January 2025.

A move towards a uniform livery across the network is also expected in a nod to the pre-Thatcher days of Greater Manchester’s iconic orange buses, though a decision on the colour of the new fleet has not yet been made.

Mr Burnham said the scheme was affordable, with a large chunk of it – £78m – paid for through the devolution agreement with the government.

He said franchising would put the Greater Manchester Combined Authority (GMCA) at more financial risk, but insisted that it was still the best value for taxpayers’ money.

However uncertainty remains around long-term funding which depends on future decisions taken by the government, which could see the cost of franchising on the public purse rise.

Mr Burnham said: “Hopefully it won’t mean anything to taxpayers because the government will work with us.

“We’ll have to see how that develops because we don’t know what decisions the government will make.

“We can’t rule out that we might have to put more money into the system, but we hope that we won’t have to.”

Mr Burnham was expected to make a decision on franchising last March before it was postponed by the first lockdown, with the proposals sent out for a second consultation.

Transport bosses stressed that the resulting pandemic, which saw passenger numbers plummet and led to a £28m government bailout to keep services running, made the case for change stronger.

But the consultations on franchising were seen as ‘flawed’ and even ‘unlawful’ by bus operators amid claims that they failed to properly account for the impact of Covid.

Stagecoach and Rotala have submitted separate applications for a judicial review of the decision-making process which will be heard in court on May 27 and May 28.

Mr Burnham admitted that legal proceedings could lead to delays and extra legal costs, but he urged companies to set aside their differences and support the new model.

He said: “Just look at the consultation results, four out of five people in Greater Manchester want public services under control.

“The public, their own passengers, are saying we want something different.

“These are powers given to us by parliament, on what basis can we have companies trying to block the democratic will of the people?”

In a statement released after Mr Burnham’s announcement, Stagecoach said: “We are disappointed and surprised that the mayor has chosen to push ahead with these proposals and not wait a short time for the outcome of the judicial review process before making any final decisions.”

“The planned franchising scheme in Greater Manchester would incur £135m of transition costs that would not deliver any new buses or new services and, under GMCA plans, would see above-inflation fares increases for customers.

“We believe a better approach in line with the government’s bus strategy would be to work together and focus precious taxpayer funding on practical improvements for customers and local communities.”