You are Here: Home » News » Main News » ‘If you told me 12 months ago that would be me, I would have laughed in your face’

‘If you told me 12 months ago that would be me, I would have laughed in your face’ 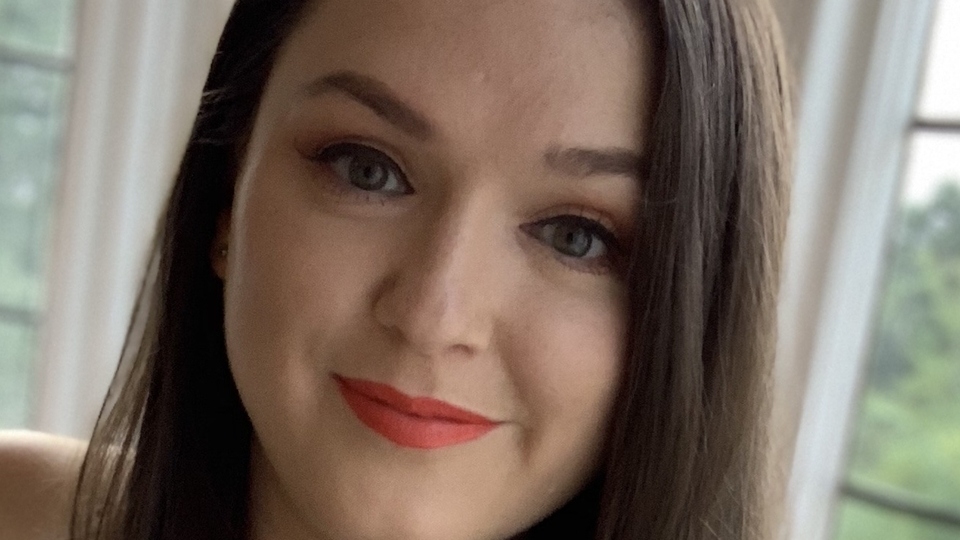 Emily Thornton, 32, signed on for Universal Credit in July, 2020 after being made redundant

Emily Thornton was living the London high life, working her dream job in a West End theatre, with a buzzing social life and spending £700 on rent each month.

She was first put on furlough before being made redundant just four months later in July – and forced to choose between heating and eating.

The 32-year-old said: “We hardly ever turned on our heating on in our London flat, despite it being constantly freezing!

“I had to make sure I was shopping smartly by switching from Tesco to Aldi.

"A small change, but the food bill was incredibly different.

"I was searching the bargain section of items about to go out of date and freezing them, making large batch cooks to last the week rather than cooking individual meals.

“When friends wanted to meet at the park according to the guidelines I would usually walk from my house in Streatham to Crystal Palace Park and back to save money on bus fare.”

The distance between Streatham and Crystal Palace Park is 3.2 miles.

It took Emily an hour and 10 minutes to walk one way, and then the same back again.

She signed on to Universal Credit for the first time in her life in 2020 and is now one of six million people, just under 10pc of the population, now claiming the all-in-one benefit across the UK (both in and out of employment).

The number of people claiming Universal Credit has soared since the pandemic began in March 2020 and has doubled across Greater Manchester.

Emily was forced to move back up north to Eccles to be closer to family in October 2020 after she ran out of funds to remain in London.

She said the £50 a week from UC and her redundancy payment didn’t touch the sides.

Emily added: “Universal Credit was great but it wasn’t enough to live off. You don’t get that much.

"People think you’re just sat at home for it, but the worry and anxiety of it being taken away, you’re always on the edge of your seat.

“I was so lucky with furlough and Universal Credit was a lifeline, but it’s not enough to survive.

"I think they need to consider how much they give to people in bigger cities.

"Even outside those areas I still don’t think you could survive on that.”

A few of Emily’s friends had also signed up for UC since the pandemic started.

She said they’d all had their reservations before asking for help.

She said: “I don’t think I realised what it was like as I’ve worked my whole life.

2It’s awful to say but I had that shame, that embarrassment about signing up.

"But my thinking was I’ve paid taxes since I was 15, it’s okay in the situation we’re in, it’s a pandemic, it’s ok to ask for help and you shouldn’t feel embarrassed.”

Emily is now freelancing from the home she shares with a friend in Salford and is looking forward to the entertainment industry reopening this summer.

She’s hopeful of finding a role at one of Manchester’s theatre box offices.

Tony Cliff (pictured below) also saw his life turned upside down after the pandemic began. 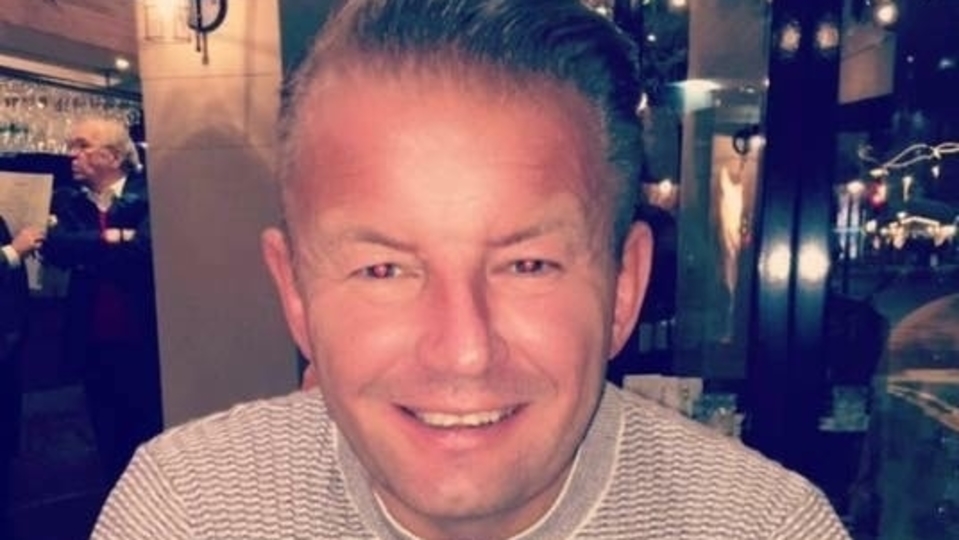 The father used to be a high powered managing director working 60 hour weeks and managing a staff of more than 800 people, travelling all over the country, as he had done for 34 years.

Now he’s been out of work for six months, is struggling with his mental health, is on medication and says he’s drinking too much.

He signed up to Universal Credit for the first time in his working life in September 2020.

Tony is one of those new claimants.

The 51-year-old had joined the car firm he worked for at 16, as soon as he’d left school.

With no qualifications he started as a fuel pump attendant and worked his way up through the ranks.

But in July 2020, the managing director was brought into his head office by company bosses and made suddenly and unexpectedly redundant.

The rapid and dramatic change in his life ‘absolutely shattered’ Tony and he’s now on anti-depressants and sleeping medication to help him cope.

He said: “It was completely out of the blue, there was no explanation, no rationale, nothing.

“The company I worked for considered my salary significant and they felt that could be saved.

"I think a lot of companies are going to use this as an excuse to reshape, cut costs and get rid of people.

“I’ve never applied for a job before or ever been in the job market.

"It was everything to me, my job, my social life, my friends and when you’re gone that all disappears.

"People avoid you because they’re faithful to their job.

“If you said to me 12 months ago that that would be me, I would have laughed in your face.

"I would have said I’ve got the most secure job in the world.

“It completely shattered me, I don’t know if I’m ready to go back into the job market.

"I just kept thinking what do I do, I’ve never been in a Job Centre in my life.”

Tony began drinking heavily to try and manage his situation.

He said: “Initially I was struggling to sleep and when I would sleep I had horrible nightmares.

"I knew I needed help from my doctor so I was given sleeping pills.

"They knock you out for four to five hours then the nightmares come back and you feel groggy the next day.

“My anti-depressants took about a month to kick in, and they do help but I was drinking ridiculously.

"At first it was a bottle of wine and a couple of beers in the garden in the summer. On furlough it felt like a holiday in the sunshine.

2Then I was drinking to go to sleep.”

Tony also had to deal with the impact his job loss and mental health crisis had on his relationships – his partner moved out in January 2021 and they’re trying to piece things back together.

Tony applied for Job Seekers Allowance through his local Job Centre back in September 2020 and has since been assigned a work coach and a mental health worker to support him.

He said he considers himself a success story from the support he’s managed to get through the Department for Work and Pensions and now has weekly zoom calls with a counsellor and regular calls with his work coach.

He said: “It’s not about the money at all, I am and have been in a very bad place.

"The antidepressants do make a difference, but I want to come off those eventually.

"I’m lucky, I have paid off my mortgage and have savings. It was about the support, the advice.

“I can’t imagine what it must be like for some of the people I knew who had massive mortgages, had bought a new car for their missus – there must be some dreadful situations out there.” 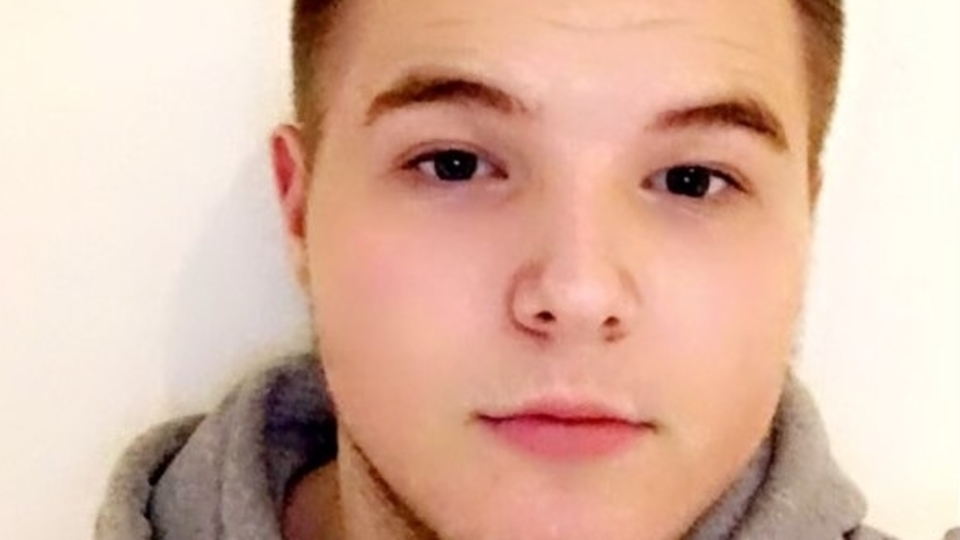 Tony’s son Jonny, 20 (pictured above), also signed on to Universal Credit for the first time at the start of the pandemic.

He’d been in and out of jobs after he finished studying at Bury Grammar.

In March 2020, he caught covid himself and had to isolate with his girlfriend’s family for a total of six weeks as varying members of the household tested positive at different times.

All the while he was unable to go out, look for work or attend interviews.

So he turned to Universal Credit to help pay his car bills.

He said: “I was reluctant to sign up, if I’m honest.

"I thought people might look at my funny. It’s definitely a thing.

"I’d turn up to some interviews and they’d ask me about where I’d heard about the job from, and when I told them from the JobCentre they’d act differently.

“I felt like I’d already failed at that point. But [the Job Centre] have been great, they’ve kept me motivated and they help with everything from interviews to transport costs.

"I’d tell people to just do it, especially if they’re in financial difficulties.

"If you think there are no jobs out there, they’ll help you to find them.”

Jonny’s managed to secure a part-time job at a pharmacy working 25 hours a week through his local Job Centre’s and now he’s feeling positive.

Jamie McGlynn, local service manager at Citizens Advice Manchester, said: “Since the beginning of the pandemic we have seen a significant rise in the number of people needing to make a claim for Universal Credit, many of whom have never needed to access the benefits system before.

“We’re supporting more and more people who are finding it hard to cope financially on what’s provided, and while the £20 per week uplift that was introduced last March has helped, this is due to end in early October and we’re concerned about how people will continue to manage after this.”

If you or someone you know has lost work or has had a change of circumstances which means they now need financial support – the Citizens Advice Help to Claim team offer support around the Universal Credit application process and can be reached on 0800 144 8444.

A total of 80 new temporary job centres are also opening across the UK to expand support for claimants.

In Oldham, this will be in:

A total of 13,500 new Work Coaches are also being recruited to bolster services – 10,000 of which have already been hired.

The government’s Minister for Employment Mims Davies MP said: “Today’s figures highlight the challenges facing us on our road to recovery, but there is reason for optimism with more workers on payrolls and over half a million
vacancies out there.

“Our Plan for Jobs is delivering for people of all ages right across the country, and with the recruitment of an additional 10,000 Work Coaches and the opening of new Jobcentres in local communities, we’re helping even more Brits back into work as we build back better from the pandemic.”