You are Here: Home » News » Main News » Principal sponsor and others end deals with Oldham Athletic

Principal sponsor and others end deals with Oldham Athletic 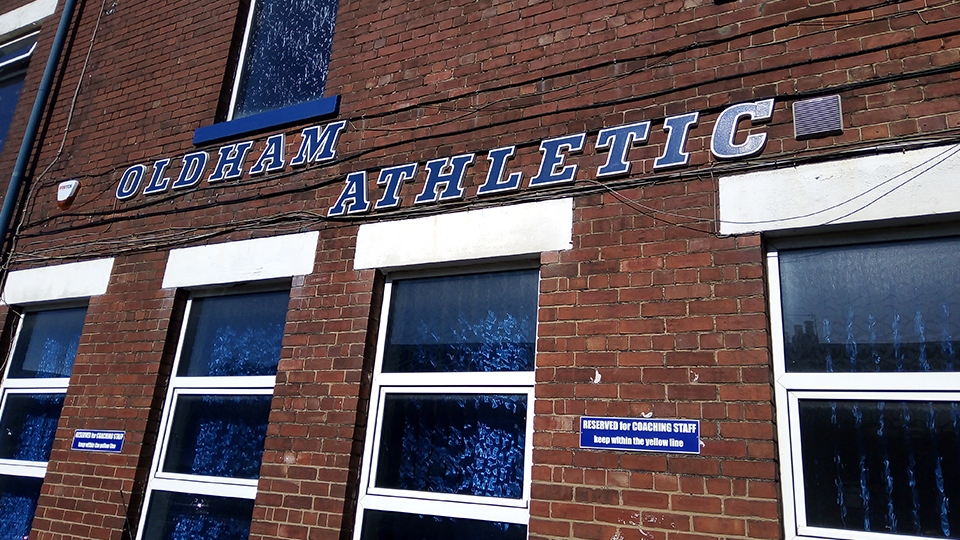 Oldham Athletic’s principal sponsor, Oldham Vending, along with other financial supporters, Identity Financial Solutions and Hotelrooms4U, have revealed they’ve pulled out of deals with the football club today, March 31.

Oldham Vending Managing Director, Alex Jones, told The Oldham Chronicle that he has also complained to The Football Association, English Football’s governing body and sought legal advice over what he describes as; “Unfair and unsubstantiated accusations.”

Oldham Vending have requested that their logo be taken off Oldham Athletic’s player’s shirts and sponsorship boards at Boundary Park, as soon as possible.

Their deal with the club was worth approximately £60,000 per year.

The company’s owner, Alex Jones told The Chronicle, “I’m very disappointed that it has come to this, as I’m a fan of the team.

“At one point I wanted to sponsor them for the next ten years.

“Oldham vending is a family run firm, that was started by my father and we are a well established company, doing our best in the current climate.

“We have been doing our bit to help out Oldham Athletic, but I don’t want to be associated with them any longer.”

Mr Jones also confirmed that he had already terminated a deal with club for next season, before a row broke out after the weekend.

Identity Financial Solutions had been sponsoring the club for the past two to three years, but stepped up their support this season.

They had their name on the players’ tunnel at Boundary Park. They’d also added banners in a seating area.

“It's a regrettable decision.”

Hotelrooms4U also confirmed they’d terminated a deal where they provided some accommodation for players, at away matches.

Managing Director Mike Halliwell has been an Oldham Athletic fan for 40 years and told us; “This is not a decision I’ve taken lightly.

“But I feel that I the current climate, we don’t want to be associated with any accusations of a sensitive nature.”

The Oldham Evening Chronicle are awaiting further information from Oldham Athletic regarding these sponsorship deals.

Meanwhile, Latics issued a statement this afternoon, saying that Barry Owen had left the club as a Director with immediate effect.

“At the request of the Club, Mr. Owen no longer has any association in an official capacity.

“No further comment will be made on this matter.”

We'll bring you more news as we have it.