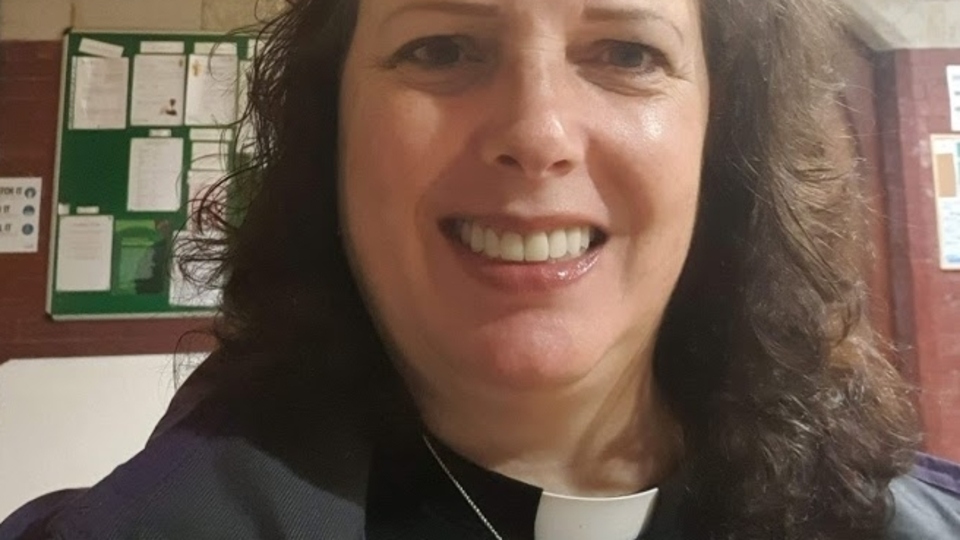 Local lady the Rev Anne Gilbert is the new vicar of Rochdale.

Revd Anne lived in Shaw for many years, when she was a teacher at Oldham's Hathershaw College, and she still has lots of friends and connections in the Shaw, Crompton, Royton districts.

She taught at Hathershaw for 25 years - Religious Instruction among other subjects - before taking Holy Orders and leaving education in 2018 to follow her father, brother and nephew into the Church of England.

She was ordained in Manchester Cathedral in the summer 2019, having become curate at St Andrew's in Dearnley, Litleborough under the watchful eye and tutelage of the Rev Rachel Battershell, who had herself worked at churches in Oldham and Ashton.

Revd Anne was born to become a priest - literally.

As the daughter of a Church of England vicar, she was born in Goodshaw Vicarage, Rawtenstall where her late father, Fred, was vicar of St Mary and All Saints.

He died six months after seeing her ordained in Manchester.

She grew up in vicarages across the region, including that at St Aidan's in Sudden, Rochdale where Dad was vicar between 1975 and 1980.

Her ordination in Manchester Cathedral nearly two years ago was a family affair, given that her brother Mark and his son Sean - Anne's nephew - are also ordained priests, Mark in Petworth in the diocese of Chichester, East Sussex and Sean in Croydon.

"I've never known my Dad to be as proud as he was on the day I was ordained," said Anne, who went into teaching initially, first in Uckfield, Sussex, then in Brecon, South Wales and finally at Hathershaw College in Oldham.

"I'm a northern girl and it's here in this part of the north that I feel most at home.

"That's why I took the teaching post in Oldham and stayed there for so long.

"I've lots of friends in Shaw as well and I'm really happy to be staying in Rochdale.

"It will be a challenge, but I love a challenge and I'm looking forward eagerly to getting started."

Anne will become Incumbent of Rochdale's Parish Church, St Chad's, as well as St Mary In The Baum, St Edmund's, Falinge, St Luke's at Deeplish and St Peter's at Newbold.

She will be working with the help of an ordained local minister and two Readers, but she will be the only stipendiary priest.

Anne's licensing date has yet to be confirmed, but it will be in early summer.