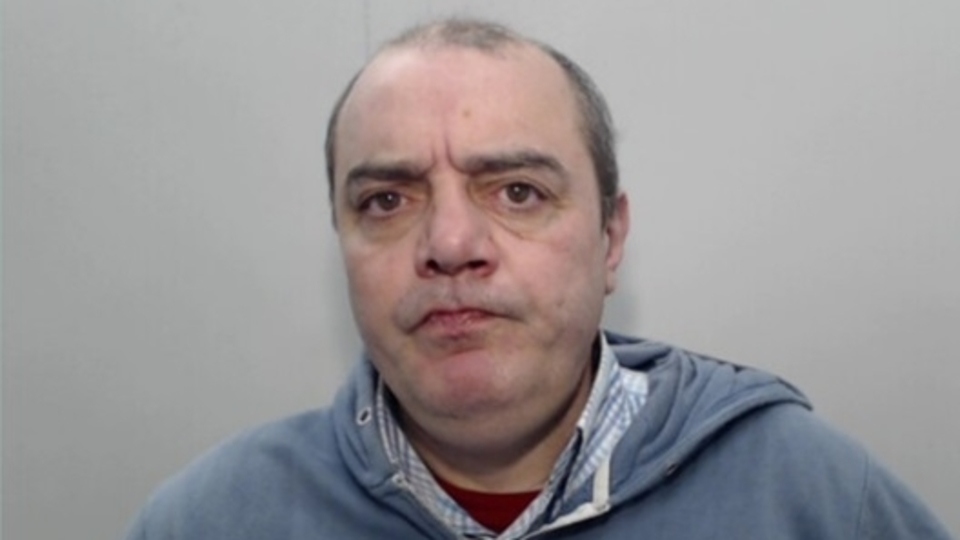 A man from Oldham has been sentenced to 18 years in jail after sexually abusing three young boys.

He was also ordered to sign the sex offenders register for life, issued with a lifelong sexual harm prevention order and a restraining order for life against all three victims.

Cooley's sentence relates to abuse he inflicted on three young boys between 1994 and 2010 across the Moston and Crumpsall areas of Greater Manchester.

The abuse of Cooley's first two victims began when they were both under the age of ten and continued for between three to five years.

Cooley would force them - individually - to watch pornography with him and over time this would progress to Cooley performing sexual acts on the boys and forcing the boys to perform sexual acts on him.

Cooley's third victim was subjected to abuse for three years and this began when he too was under the age of ten.

Following a similar pattern to his previous two victims, Cooley would force the boy to watch pornography and this would progress over time to Cooley performing sexual acts on the boy.

This further progressed to Cooley raping his victim on multiple occasions.

Detective Constable Sarah Austin of GMP's City of Manchester division, said: "Firstly I want to commend the bravery and courage of the three men who came forward to report the abuse that had been inflicted on them.

"Their cooperation throughout this investigation has helped in securing a conviction for Cooley and I hope today's result provides a sense of justice.

"The heinous abuse Cooley subjected his victims to span more than a decade and he gave no thought to the serious impact that this could have on their lives.

"The sexual exploitation of children to serve a person's own sexual gratification is abhorrent and GMP is committed to ensuring any person caught doing so faces the justice they deserve.

"I hope the men are able to move forwards with their lives knowing that Cooley will spend the next 18 years locked away where he can't harm anyone else."

- St Mary's Sexual Assault Referral Centre in Manchester provides a comprehensive and coordinated forensic, counselling and medical aftercare service to anyone in Greater Manchester who has experienced rape or sexual assault.