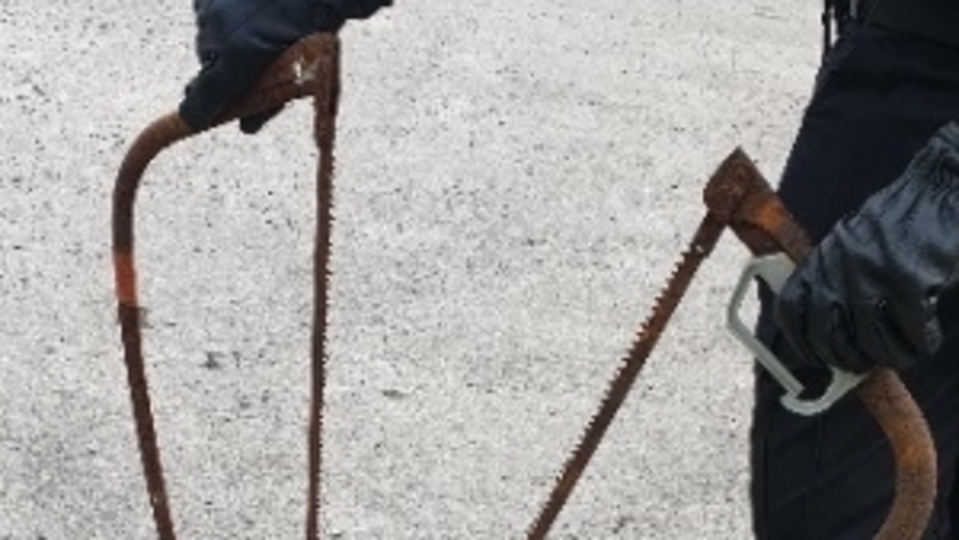 Two saws were among items discovered during a weapons sweep by police in Werneth Park.

Officers patrolled the Oldham park as they continue to take part in Operation Sceptre - a spell of action aimed at combatting knife crime across Greater Manchester.

A post on the Oldham Central Facebook page read: "The Werneth Neighbourhood Team have been taking part in the Op Sceptre week of action.

"They visited Werneth Park where they deployed the knife arches and also conducted weapon sweeps in and around the park.

"They found two saws in some bushes, which have now been removed."