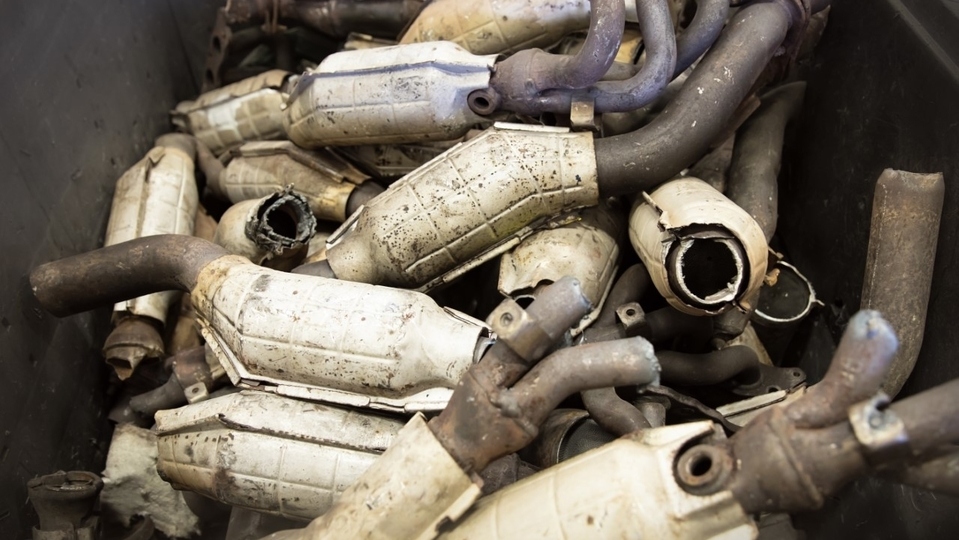 Greater Manchester Police has taken part in a national week of action in partnership with the British Transport Police, to tackle a rising trend in the theft of catalytic converters (exhaust emission control devices for vehicles).

Catalytic converter theft has become an increasingly concerning issue within the Greater Manchester area, with the force seeing a significant increase in activity since the start of the year.

Thirteen stolen catalytic converters, as well as 39 stolen vehicles were subsequently recovered from across the force area.

As part of the activity, Jason Mongon (aged 27) and Michael Casey (19), both of no fixed abode, were arrested and later charged with conspiracy to handle stolen goods linked to a large spate of offences which took place on the evening of April 6, 2021.

They are both currently remanded in custody awaiting a trial date.

Chief Inspector Shan Nasim, who is the force and national metal theft lead said: "This week of action has ended with some fantastic results for the force and for the communities of Greater Manchester.

"We as a force are determined to put a stop to this type of crime and even though the week of action has ended, the work to tackle this issue very much continues and I would like to reassure the public that offenders will be found and brought to justice.

"Growing metal prices has contributed to the increase in the theft of catalytic converters which is generally committed by Organised Crime Groups.

"We are finding that groups are travelling between areas within Greater Manchester and will hit one area at a time, targeting a large number of vehicles and then move onto somewhere else.

"On some occasions nearly 20 vehicles have been targeted in the same area during a short period.

"Those involved in these offences will usually use the same vehicle to travel around to commit the offences.

"The information surrounding who is involved with stealing and illegally processing the catalytic converters sits within our communities and so I would encourage anyone that has any information to contact us.

"Being a victim of this type of crime can be devastating and costly, which is why our officers have also been out giving prevention advice to those in our communities who may be at risk.

"We would advise anyone concerned about metal theft to get in touch with us, so we can offer advice to you."

Reports can be made by calling 101 or by using the online reporting form: www.gmp.police.uk

Reports of catalytic converter theft should be made as soon as possible to increase the chances of detection.