You are Here: Home » News » Main News » Pair jailed after container was found stocked with drugs

Pair jailed after container was found stocked with drugs 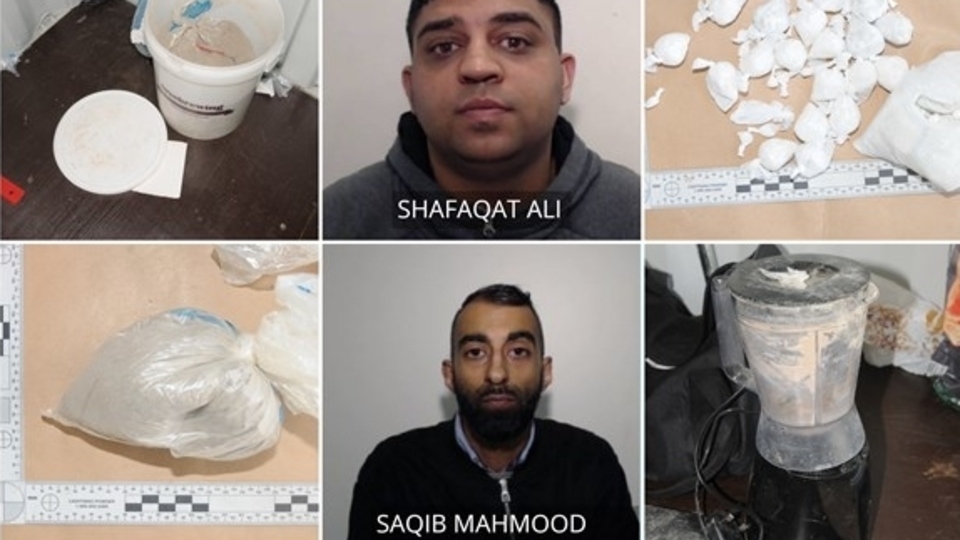 Two Rochdale men have been jailed after officers discovered a container stocked with drugs.

Shafaqat Ali (aged 38) of Exeter Street, Rochdale, was yesterday (Tuesday) sentenced at Minshull Street Crown Court to six years in jail after pleading guilty to possession with intent to supply class A and B drugs.

Saqib Mahmood (33) of Hare Street, Rochdale, was also sentenced to two years and six months imprisonment after pleading guilty to allowing a premises to be used for the supply of drugs.

Following an investigation by the National Crime Agency in 2019, information was passed to Greater Manchester Police in relation to Shafaqat Ali and Saqib Mahmood and a container unit that the two men were frequenting in Rochdale.

Following receipt of this information, GMP attended the container unit on Chichester Street in Rochdale on Wednesday, May 22, 2019.

Upon gaining entry officers located a large quantity of Class A drugs including cocaine and heroin, a brown tub of powder weighing 16kg which was later confirmed to be caffeine and paracetamol, phones that had been covered in ammonia, scales, a pneumatic press and individual bags of brown and white powder in a sports holdall.

Inside the container officers also located documents with Ali's name and address, as well as books detailing costing and sales of up to £70,000.

Fingerprints were identified on the pneumatic press and these were a positive match for Ali.

On May 23, 2019, Ali was arrested alongside another male following a pursuit on the M6 motorway by Staffordshire Police.

During interview with GMP officers Ali admitted to having possession of all items in the container and he was subsequently charged.

Mahmood later handed himself in to police on Friday, May 24, 2019 and denied any involvement.

However, DNA analysis located his fingerprints on bags of cocaine that had been stashed within the sports holdall stored inside the container.

Detective Constable Christine McCarthy, of GMP's Rochdale district, said: "Drugs, particularly class A drugs, blight communities and can have long lasting and devastating consequences on the lives of all those involved.

"Today's result is another positive step forward in helping to disrupt and dismantle this type of criminality and I hope this sends a reminder to all those who continue to profit from the trade of drugs that we will continue to identify, investigate and ensure all those involved face the appropriate justice.

"Our investigations can often be supported by intelligence provided to us via the public so I would encourage anyone with information on the supply of drugs to get in touch with police."