You are Here: Home » News » Main News » Oldham endometriosis film gets the thumbs-up from a national audience of doctors 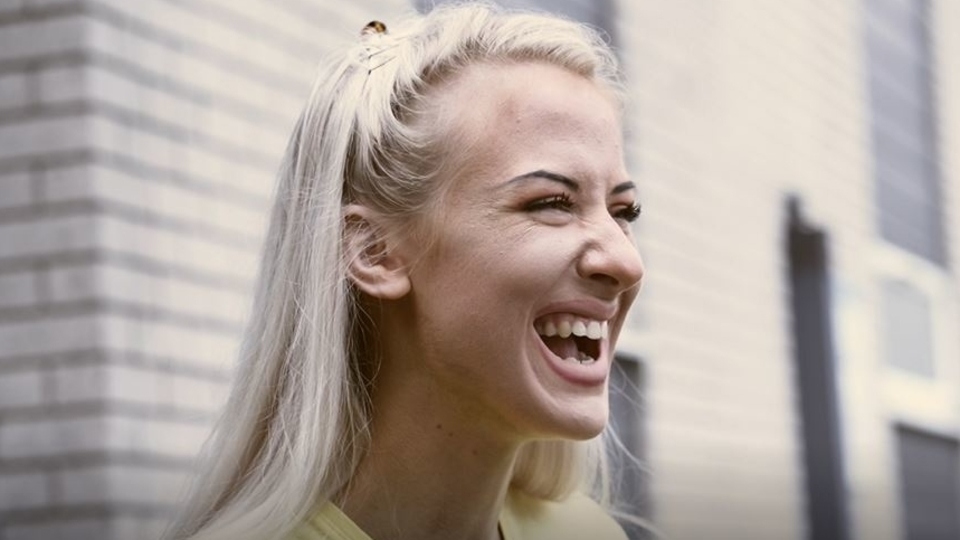 A brand-new short movie shot in Oldham, starring a young Chadderton woman and featuring a local GP, has premiered before a gathering of over 200 top doctors – and earned a clean bill of health.

“Endometriosis Awareness North” informs viewers about a crippling condition affecting one in ten women in the UK, which can lead to chronic pain, an inability to conceive, mental health torment and a severely limited life.

And that last point is perfectly illustrated by sufferer and self-styled Endo Warrior Courtney Ormrod, as the 22-year-old reveals.

She said: “I wasn’t able to finish school or college and that stopped my dream of going to university and becoming a teacher.”

The campaign and subsequent film were the brainchild of Dr Anita Sharma, from the South Chadderton Health Centre.

She said: “People don’t underestimate conditions such as dementia and cancer which affect millions of people and yet endometriosis is largely unheard of, even though there are so many sufferers enduring daily pain.

"Sadly, I think that is a consequence of decision-makers not taking women’s health issues seriously enough.”

Dr Sharma’s profile as a specialist in gynaecology means that she was able to showcase the campaign in front of medics at a virtual event run by the publishers of leading health publication, Pulse.

As well as a run-down on the latest patient guidelines on endometriosis, Dr Sharma called for specialist nurses to be deployed in areas across the country.

“One of the cruellest things about the condition is that it can take up to 11 years to diagnose endometriosis,” said Dr Sharma.

"Any GP who sees a patient presenting with symptoms should be able to see a specialist in the condition as quickly as possible.”

Courtney first noticed problems when she was going through puberty but like other sufferers, often didn’t have her concerns understood or taken seriously.

A promising education was hampered and an evident love of children which prompted her to consider teaching in primary schools was curtailed.

Courtney’s physical pain is all too obvious in the film, in which she clutches her stomach after 12 continuous days of bleeding.

“I was trying to do what I could to connect with other women on my Instagram account,” she said, “and found there were so many out there who just needed some support.

"I am so pleased that we have formed Endometriosis Awareness North and have been told by the team that behind every successful campaign there is a Courtney!”