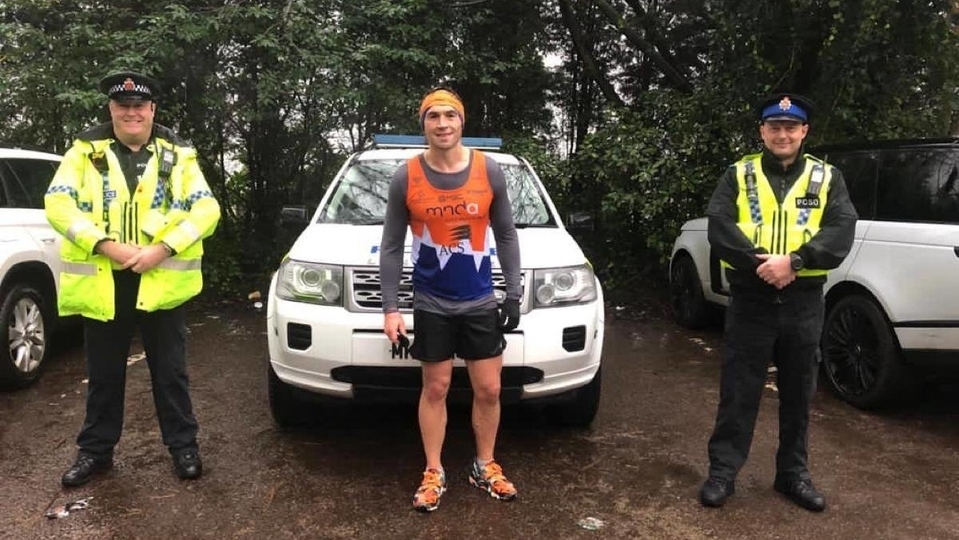 Sinfield, a rugby league legend, has been awarded The Paul Harris award by Saddleworth Rotary Club in recognition of his remarkable fund raising efforts.

"It can be given to a Rotarian or a member of the community.

“In December 2019 Rob Burrow, a friend and former Leeds team-mate of Kevin, was diagnosed with Motor Neurone Disease.

"Kevin’s 7 x 7 marathon challenge raised a considerable sum of money in support and honour of his friend.

“Kevin’s outstanding contribution to the community prompted recognition from Saddleworth Rotary Club by honouring him with the Paul Harris Award.”

Sinfield said: ”The award is a huge honour and I’m delighted to accept it on behalf of the 7 in 7 team, Rob Burrow and the full MND family.”

Because of Covid restrictions, the award was delivered to Kevin’s home by Saddleworth Rotarian Lawrence Perrins, who is himself a holder of The Paul Harris.