You are Here: Home » News » Main News » Oldham bosses warn ‘we can’t afford to blow it’ as cases of Covid-19 increase 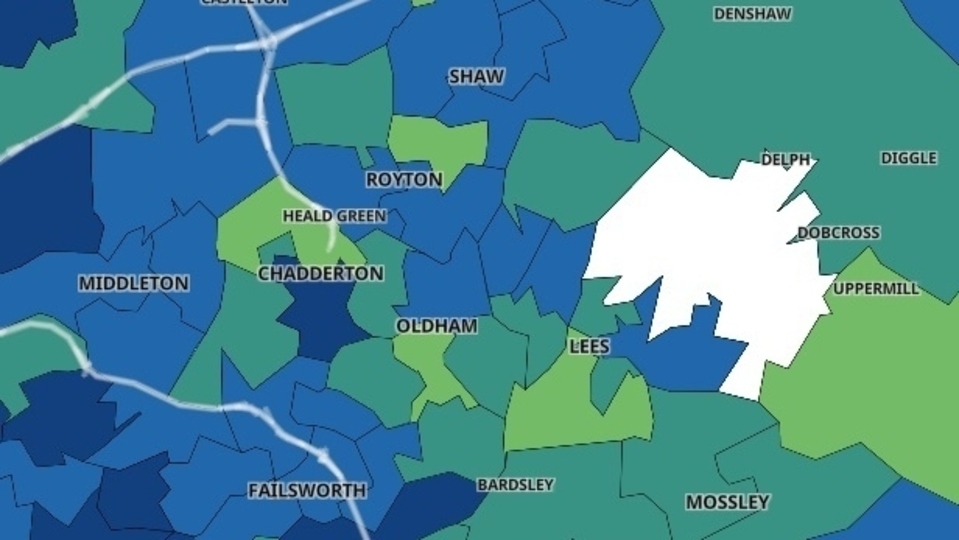 Oldham Covid cases in the week to June 5

Cases of Covid-19 are continuing to rise in Oldham with the most infections are occurring among children and teenagers, as bosses warn we ‘can’t afford to blow it’.

The number of cases of the virus increased to 244 in the last week to June 5, up by 63 from the previous seven day period – a near 35pc hike.

Despite being near the bottom of the table in Greater Manchester, Oldham’s infection rate is still more than double the England average.

Council leader Arooj Shah told the Local Democracy Reporting Service that the ‘emerging picture’ is that the Delta variant is making up a ‘large proportion’ of new cases.

She added: “Data is still being gathered, but the emerging picture is that the Delta variant – especially over the last week – makes up a large proportion of our new cases.

“What we can say for sure is that the number of Delta variant cases is rising here, just as they are across Greater Manchester and the rest of the country.

“As we also know the Delta variant is more transmissible, this means it’s even more important for people to follow the guidance and continue to take care.

“We have worked so hard here in Oldham to bring cases down and to get to a place where life is starting to return to normal. We can’t afford to blow it now.”

While positive case numbers have increased across most age groups in the past 28 days, the highest increases were among secondary school age children and the working age population.

Coun Shah said: “This doesn’t come as a surprise, as we know those in older age groups have been offered the vaccination and, if they have taken it up, will therefore now have protection against the virus.”

The biggest hotspot in the past seven days was Chadderton Central, which saw 20 new cases – an increase of eight from the previous week.

This was followed by Chadderton South West with 14 – up by nine – and Waterhead on 13, a rise of eight.

Shaw and Crompton saw the biggest increase in the borough with recorded cases rising to 11, up by nine from the previous seven days.

However, cases have significantly dropped in Werneth, down by nine, taking it to single figures with nine incidences of the virus recorded.

Just one area of the borough, New Delph, Dobcross and Austerlands saw fewer than three cases, meaning Covid could have been suppressed.

Coun Shah says that while it would be a ‘logical assumption’  to make that the highest case numbers were occurring with the lowest vaccine rates, ‘the data isn’t that clear’.

“For example, over the last seven days, the ward with the highest case rate per 100,000 was Failsworth East, with 23 new cases, and Failsworth isn’t an area with particularly low uptake of the vaccine,” she said.

Bosses are continuing to urge people to take up their first and second vaccinations in order to protect against the virus, and help lower transmission rates.