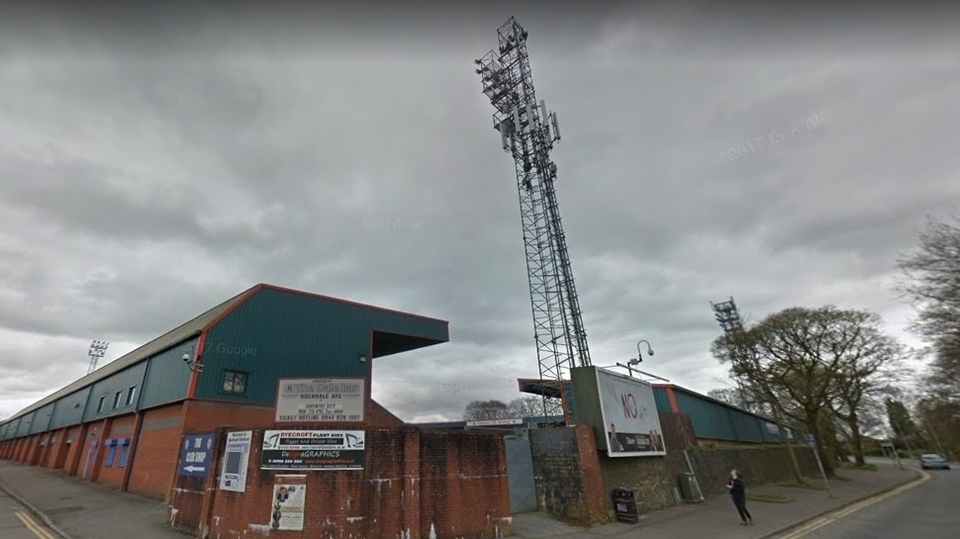 Plans to redraw the political map so that Rochdale football club would be in neighbouring Heywood have been branded ‘ridiculous’.

Earlier this month, the Boundary Commission published proposals to increase the number of parliamentary constituencies – and therefore MPs – from 533 to 543.

The independent body has a duty to ensure the number of voters in each seat is ‘roughly the same’ to ensure a fair electoral system.

In Rochdale, that means moving Spotland and Falinge into a new ‘Heywood’ constituency – taking the town’s football club with it.

One person who is less than impressed with that suggestion is Rochdale’s Liberal Democrat leader Andy Kelly.

Coun Kelly, who was raised in Spotland, said: “The proposal to move Spotland and Falinge into Heywood would move Spotland Stadium, Denehurst Park, Turner Brothers and even the old Merry Monk pub into a Heywood constituency.

“Unless you are from Heywood, there will be no one who lives in the ward who would identify with the town of Heywood.

“It is unclear at this stage whether the proposal includes Rochdale’s own boundary changes, if so both Falinge and Town flats would come under Heywood."

He continued: “I understand that the changes need to come somewhere but this idea is illogical, insensitive and a little bit ridiculous.”

His views are shared by lifelong fan Ian Wright, from Littleborough –  also a member of the Dale Supporters Trust.

“I’m not happy about it really, it’s practically placing Rochdale FC into another borough and diluting the name and history of the Dale,” he said.

The 57-year-old added: “Rochdale FC is an integral part of Rochdale and shouldn’t be represented by another borough.

“I think it’s extremely important that this area does not lose its identity and become part of a borough whose centre is a couple of miles further away than Rochdale town centre.”

The review has already sparked controversy in Middleton – whose name would be wiped from the parliamentary map under the proposals as they stand.

It would see south and east Middleton hived off to a new ‘Manchester Blackley’ constituency, while the west and north would be part of the new ‘Heywood’ seat.

The Boundary Commission will present its final recommendations to Parliament by July 2023.

Members of the public are encouraged to take part in an online consultation where where they can comment on anything from where the proposed new boundary lines are to the names of the constituencies.

There will be a further two rounds of consultation in 2022.

Following the conclusion of all three consultation periods, the commission will look at all the evidence received before forming its final recommendations.

The current  consultation closes on August 2.

People can have their say on the proposals here