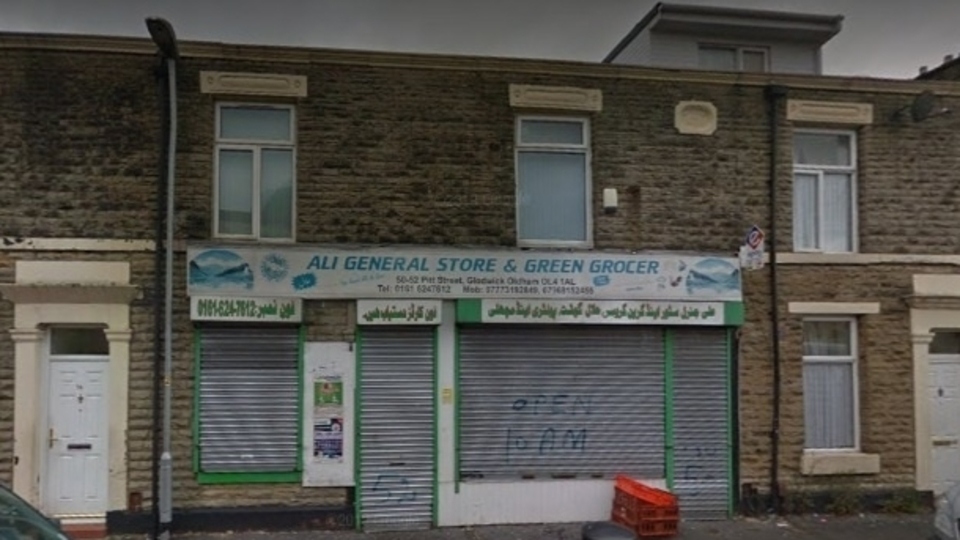 A stash of illicit cigarettes was found hidden in the back of a shop, thanks to tip-offs from members of the public.

Acting on information that tobacco was being sold ‘under the counter’, officers from Oldham Council’s Trading Standards Department visited Ali General Store on Pitt Street on June 24, 2019.

A specialist sniffer dog, which can find tobacco and cigarettes even when they are hidden in the most unlikely places, was deployed and a total of 14,640 illegal cigarettes were discovered and seized.

Ali General Stores Ltd was given a £2,000 fine and told to pay £650 costs after a guilty plea to two charges under the same regulations.

In a separate case another trader was successfully prosecuted by the council for selling illegal cigarettes and singles to customers – despite previously being given a written warning by Trading Standards for doing it.

A total of 404 cigarettes were seized.

Under the Standardised Packaging of Tobacco Products Regulations 2015 it is an offence to sell single cigarettes.

On June 1,  Abdur Rahman, sole director of Zaks Local Limited, of Hardman Lane in Failsworth, pleaded guilty to one offence under the Trade Marks Act 1994 and two offences under the 2015 regulations.

Zaks Local Ltd was sentenced to a £200 fine plus costs of £425 to the same offences.

All the seized cigarettes were forfeited and will be destroyed.

If the labelling on any tobacco you buy is incorrect then it is probably illegal.

Councillor Amanda Chadderton, Deputy Leader of Oldham Council and Cabinet Member for Neighbourhoods, said: “Thanks to the good work of our Trading Standards Team, and tip offs from residents, a lot of illegal cigarettes were seized.

“Oldham Council would always encourage people not to smoke as it’s unhealthy and can have long term consequences.

“However, if people do decide to smoke then they should at least be getting legal products.

“We are working with partners across Greater Manchester to drive down the illegal trade and the market is declining but it still goes on.

“If you know where cheap tobacco is being sold, often as ‘duty free’, please get in touch. We will take action if we find illegal tobacco for sale.”

Andrea Crossfield, Making Smoking History Lead at the Greater Manchester Health and Social Care Partnership, said: “Illegal tobacco might seem like a bargain but it comes at a high price to our kids and our communities.

“Legal or illegal, all tobacco contains a toxic cocktail of chemicals which will kill one in two long term smokers.

“Illegal cigarettes are often responsible for getting children started on this lethal addiction, because of their availability at pocket money prices and because dealers don’t care who they sell to.

“The crackdown on illegal tobacco is part of wider efforts to cut smoking rates and make smoking history for future generations.”

The sale of illegal tobacco can be reported anonymously to Crimestoppers on 0800 555 111 or at: keep-it-out.co.uk