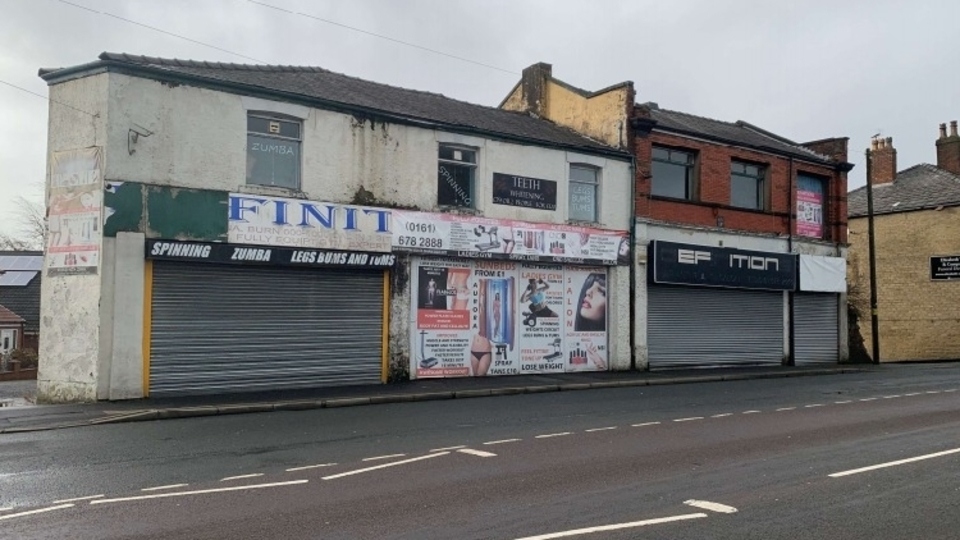 Controversial plans for an HMO in a former beauty salon opposed by more than 200 residents have been approved after a knife edge vote.

Members of Oldham’s planning committee voted five to four to give the green light to proposals to convert buildings in Bardsley into a 15-bed house in multiple occupation.

The application site, at 910-912 Ashton Road, on the corner of Danisher Lane, was previously occupied by ‘Definitions’, a combination fitness and beauty business which stopped trading in early 2020.

The area had been rocked by the death of 29-year-old carer Imogen Bohajczuk at a property on Ashton Road on March 4.

There had been 212 objections lodged over the plans, raising issues over ‘inadequate’ parking and highway safety issues, and the proliferation of HMOs in the area.

Addressing the committee, one objector said it was an application that ‘never should have seen the light of day’.

“This HMO is not wanted, it’s not needed,” he added.

He told members the development would result in a loss of privacy, looking ‘directly into bedrooms and gardens’ of neighbouring homes.

“It’s an unacceptable intrusion. There is plenty of evidence from other councils that HMO’s change an area for the worse,” he said.

“An appropriate use for this building would be decent sized family houses or a doctor’s surgery. This would be welcomed by the village.

“What is planned is for 15 strangers to share a kitchen.”

Changing 'character' of the area

Coun Mohammed Alyas, speaking against the application, said the proposal would ‘definitely’ change the character of the area.

“You only have to walk around in neighbourhoods with HMOs and you can tell there is antisocial behaviour, usually relatively high in those areas, there is fly-tipping and all sorts of other environmental problems,” he told councillors.

“If it was something that would bring any added value to the area, why would 212 residents object?”

Coun Sahr Abid, a new councillor for Medlock Vale added: “Residents in Bardsley rightly fear being swamped. Swamped by crime, swamped by substandard housing, swamped with more traffic and the list goes on.

“Fifteen people living in one premises, sharing the same facilities is potentially bound to cause issues among themselves which would then cause disruption to the local residents and further creating more issues in the area.

“Would it be another burden for the residents or for Greater Manchester Police to carry?”

Rachel May, speaking on behalf of the applicant said: “My client is fully committed to delivering this important scheme and has funding in place to start on site quickly if planning permission is granted.

“We do however want to acknowledge the number of objections received on this application.

“We recognise that there is a stigma attached around the concept of an HMO, one that often conjures up concern about criminality, antisocial behaviour, the impact on neighbouring residents.

“Let me be clear, this development is not that type of HMO. My client is an experienced developer who strongly believes in social value and providing homes for everyone in society.

“These proposals are well thought through and will be subject to careful and strict management regimes and leases to ensure that the generic concerns raised by objectors do not occur.”

She told members that Express Housing had been appointed as the operator to run and manage the facility.

They would let the property to ‘local councils, housing associations and housing charities which will provide accommodation directly in response to Oldham’s housing need’, Ms May said.

Planning officer Graham Dickman said: “Many of the objections relate to the actual use of the site for a house in multiple occupation and draw attention to issues that have occurred with similar properties in the area.

“There is also a suggestion that there is now an over-concentration of this type of accommodation in the area.

“There has to be some information, some evidence to back those assumptions up.

“Officers don’t believe that there is such a reason to justify refusal.”

There are 23 HMOs in the Medlock Vale ward of Oldham, according to the officer’s report.

Mr Dickman added that the building where a woman died earlier this year was in fact individual flats – not an HMO.

Simon Rowberry, interim head of planning told members of the committee: “Whether people are transients, have no connection with the area is not something you are lawfully able to take account of in making this decision.”

He added many of the comments that had been made were ‘bordering on social engineering’.

In response to the objections, committee member Coun Peter Davis said: “I don’t think you can judge people before they move into a property.”

Fellow member Coun Javid Iqbal said: “It’s quite clear that we as councillors aren’t happy with this application, but there are no grounds that we can use to defer this or reject this. “

“There is no tangible reasoning and the likelihood is if we were to reject this the council would be liable for fees.”

He added that their ‘hands are tied’.

Committee chair Peter Dean said: “There are homeless people sleeping on the streets in Oldham and unless we actually provide suitable managed accommodation that are actually used by our housing option team to locate people, I’m afraid the health and wellbeing of people are actually under greater threat.”