You are Here: Home » News » Main News » Manchester's Science and Industry Museum to vacate lease on Air and Space Hall.

Manchester's Science and Industry Museum to vacate lease on Air and Space Hall. 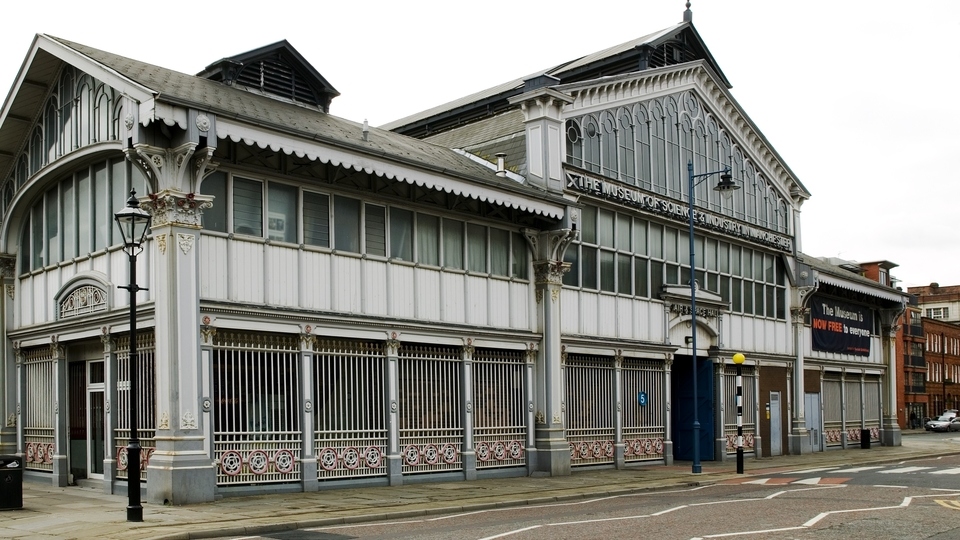 Manchester Museum of Science and Industry will no longer lease the Air and Space Hall.

The Science and Industry Museum and Manchester City Council announce today that the museum will no longer lease the historic Lower Campfield Market Hall building which houses the Air and Space Hall.

The hall, which remains closed due to the extent of repairs needed, and many of the objects within it, formed Manchester City Council's Air and Space Museum, which opened in 1983.

The Air and Space Hall was originally taken on by the North Western Museum of Science and Industry in 1985 due to the disbanding of Greater Manchester Council’s Air and Space Museum, before transferring to the Science Museum Group in 2012.

Director, Sally Macdonald, says: “The decision to vacate our lease has not been easy but it’s the right thing to do for our visitors, the building and the city.

"Since the Science Museum Group took on the Science and Industry Museum in 2012, we have been working hard on an extensive and intensive programme of urgent repair and conservation work to the buildings the museum inhabits, so we can continue to inspire visitors with ideas that change the world.

“We have just completed a £5million new Special Exhibitions Gallery which over 20,000 visitors have already enjoyed, and we are investing £11.3million in our iconic Power Hall, due to reopen in 2023.

"We are also undertaking repairs valued at over £3m to the 1830 Station and 1830 Warehouse.

“As a charity we have invested significant resource to maintain and repair the Air and Space Hall since we have taken on its stewardship, however historic buildings do have a complexity of issues that date back many decades.

"The repair and investment work required to bring this beautiful building back to life is substantial, the space presents real challenges in the sustainable display of historic objects and ultimately, it is the responsible thing to now pass the building back to Manchester City Council, ready for its next chapter."

Sir Richard Leese, Leader of Manchester City Council, says: “The Council welcomes the significant investments which are being made to improve the Science and Industry Museum across the heritage buildings that the museum owns.

"We recognise that to thrive and continually attract visitors museums need to evolve over time. As such, we support the planned changes.

"This creates an opportunity to introduce new activities into the Lower Campfield Market building to help support Manchester's economic recovery from the impacts of the Covid-19 pandemic.

"Working with Allied London, we are developing proposals to refurbish both Upper and Lower Campfield Markets to create and support jobs. These will be brought forward in due course."

The majority of the bikes, planes and cars on display will be able to be seen in future displays in new locations around the UK, as they will be returned from loan to their home organisations.

The RAF Museum’s spectacular Avro Shackleton will travel to its ‘spiritual home’ at the Avro Heritage Museum in nearby Woodford, Stockport, the site of A.V. Roe & Co Ltd where it was originally made by Manchester born inventor Alliot Verdon Roe, a leader in British Aircraft design.

Well-loved objects from the Science and Industry Museum collections will remain there to be seen including the 1905 Rolls-Royce motor car, used by Henry Royce himself, currently on display in the Revolution Manchester gallery.

The museum collection, including objects of scale, will continue to be used to tell the story of aeronautics in the North West and will be used in future galleries to showcase the huge contribution the region has made in aviation history.

Key stories such as how Manchester’s motor manufacturers have used progressive methods to produce some of the most iconic cars to have motored on our roads (including the Ford Model T) and around Manchester’s thrilling history of cycling innovation and triumphs (including bicycles dating from the 1800s) will also continue to be told in future displays at the museum.