Six of the best! 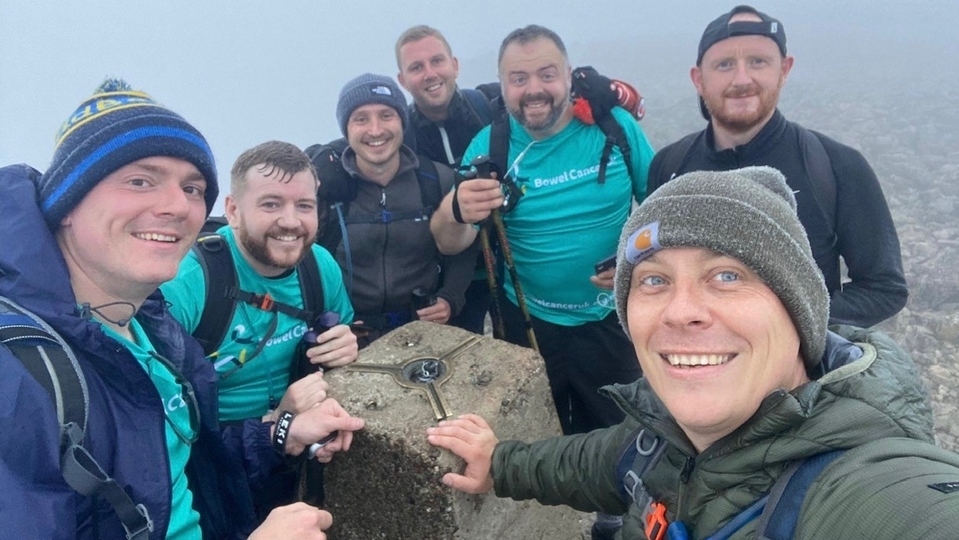 A group of friends who aimed at a modest target as they planned a gruelling fundraiser are “shocked and amazed” by its runaway success.

The six-strong team from Saddleworth and Moorside aimed to hit £1,000 for Bowel Cancer UK on the National Three Peaks Challenge.

They had to complete the challenge by a climb of the UK’s highest peak, Ben Nevis 1345m), the highest peak in England (Scafell Pike 978m) and the highest Welsh peak (Snowden 1085m), and driving between them all in just 24 hours.

But on returning home after their tough success, they discovered their strenuous efforts have so far raised more than £5,000 for the charity.

Ian Howard from Springhead, who runs his own specialist wine company, said: “Bowel cancer is an illness that has had a profound impact on family and friends in our friendship group and throughout the UK.

“We’ve all been friends since school age and a few of the lads are a pretty athletic.

"We saw it as a great opportunity to do something good this summer, when times are hard with very little positive news.

“The charity was chosen by Steven Leach, who has both his father and father in law currently being treated for this awful disease.

“Our driver, superstar Mick Heap, father of Rob Heap, has also been affected by bowel cancer, and we couldn’t have done the challenge without him.

“So far, we have raised £5.5k and it’s been the thing that kept us going in that blistering Snowdon heat (we were all wishing for the Ben Nevis summit snow from hours earlier).

“We are absolutely shocked and amazed at how much we've raised."

You can donate to the cause here