You are Here: Home » News » Main News » Oldham rider makes team to compete in Horse Of The Year Show 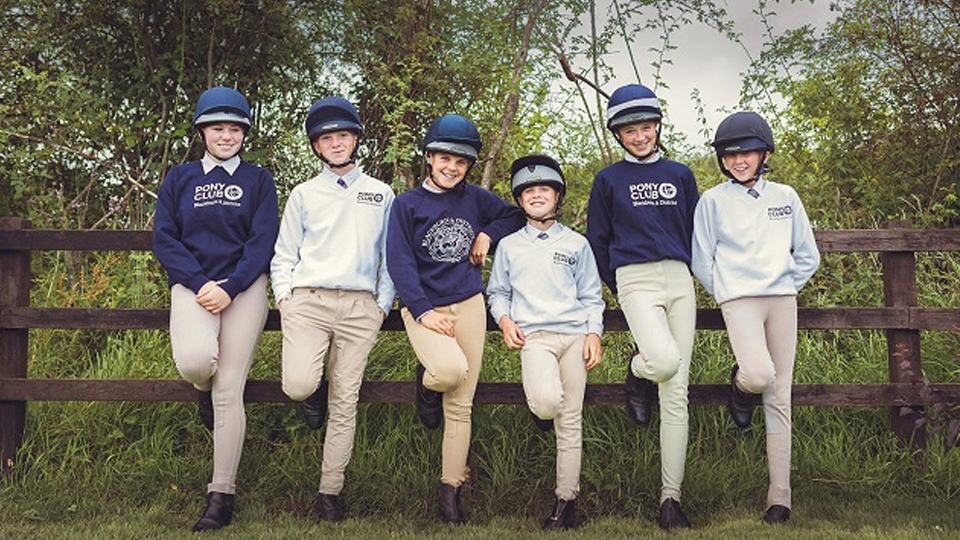 An Oldham girl is one of six young riders at Blackburn & District Pony Club who will compete in the Prince Philip Mounted Cup Games at this year’s Horse of the Year Show (HOYS).

Millie Wildbore, 14, joined Saddleworth Pony Club when she was six, moving across to Blackburn and District in 2018. Her pony is named Come On, pronounced like Cymone in France, where she is from. Come On is eight years old and has been doing mounted games for a year with Millie.

Millie has represented the club in a few disciplines and enjoys them all, often being the first to fly over the bigger cross country jumps at the summer camp. Millie loves mounted games and competes for both the Branch and with South Wiltshire for the Mounted Games Association of Great Britain.

Joining her in “the experience of a lifetime” are Will Atkinson, 15, of Chorley, with pony Bella; Taryn Barker 13, of Darwen, and pony Eddie; Grace Wallis, of Rochdale, and her pony, Misty, and brother and sister duo, Olivia and Aaron Kelly, 11 and 12 respectively, of Burnley, with ponies Charlie and Grace.

The riders make up just one of six teams nationally to have the honour of competing at HOYS – and it is the first time Blackburn & District Pony Club, one of the UK’s smallest branches, has qualified for the highly-acclaimed finals at Birmingham’s NEC arena.

Only two North West teams have made it over the years to showcase their skills and battle it out for the title of Prince Philip Cup Champions.

However, the six competing children and their ponies need to raise vital funds to ensure they are fully kitted out for the seven day competition which takes place in Birmingham in October.

Elaine Barker, district commissioner of the Blackburn branch, been riding or training in this sport for over 43 years and this is the culmination of what has been a lifetime ambition.

She said: “Riding at such a distinguished event is a fantastic opportunity, not only for the children but to showcase the drive, determination and talent of young people in Blackburn and the surrounding area.

“In order to compete, these children need to attend the NEC Birmingham with their ponies over a seven day competition, which entails a hefty kit list. Competition rules mean we can’t ride with branded kit.

“If you are able to help by providing any necessary equipment, raffle prizes or financial contribution, our branch would be very appreciative.

“Going to HOYS is the dream; it’s such an honour. For the riders and ponies, this will be a once in a lifetime opportunity; experiencing how the determination, grit and hard work they have put in to achieve the dream of a HOYS ticket feels when they ride out through that HOYS curtain in front of 15,000 people.”

The team, their parents and trainer will all head down to the NEC on 2 October where they will compete across a whole week, in itself a test of stamina, skill and perseverance.

On top of racing daily in the main ring against the other five qualifying teams, they will be judged on their conduct and presentation, stable management and pony care. They take part in a show that they must write and produce for the HOYS officials and they are interviewed by the press and public on their achievement and Pony Club experiences to date.

Elaine added: ”It will be an exhausting week, but I know I speak for us all when we say that we simply can’t wait!”

The action begins with the Thistledown Developments Cup, taking place across the first three sessions at HOYS. Teams are awarded points based on their placing in each session, and the team with the highest total score at the end of the Thursday afternoon session is awarded the cup. It serves as a great warm-up opportunity for the teams before the main event begins.

The Prince Philip Cup takes place from Thursday afternoon through to Sunday, with a total of six sessions. At the end of these sessions, the four highest-placed teams go through to the grand final for the chance to be crowned overall champion.

The Pony Club was founded in 1929, an international voluntary youth organisation for young people interested in ponies and riding. Membership is open to any young person under the age of 25.

The Horse of the Year Show 2021 takes place from Wednesday 6 October.