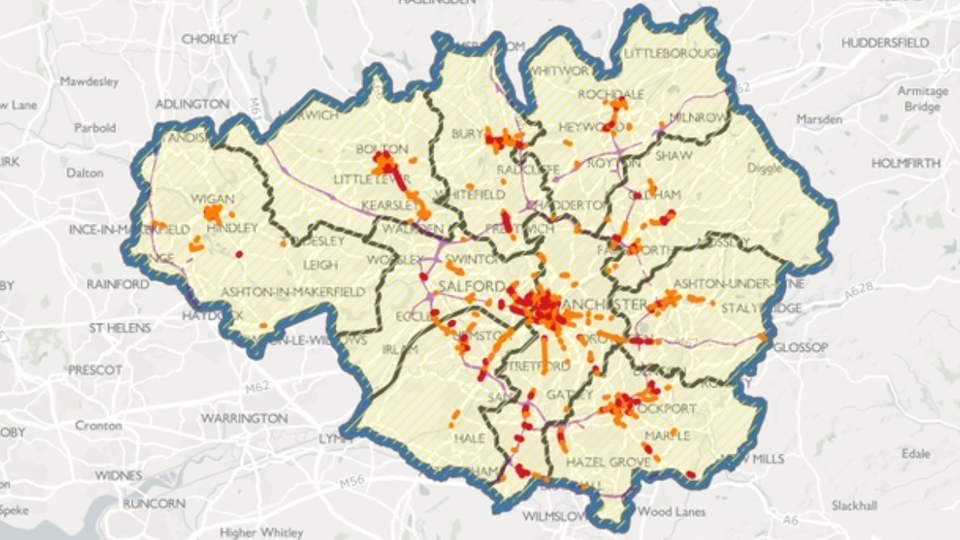 The first of hundreds of cameras that will enforce Greater Manchester’s Clean Air Zone has been installed in preparation for its launch next year.

Drivers of vans, buses, coaches, taxis, private hire vehicles and lorries that fail to meet emission standards will be hit with daily charges while using the region’s roads.

Once operational on May 30, 2022, the zone – which will not cover private vehicles – will cover all 493 square miles of Greater Manchester, making it the largest in the UK.

Last month the first Automatic Number Plate Recognition (ANPR) camera which will enforce any non-payment of daily charges was installed on Vernon Street in Bolton.

Heavy goods vehicles, buses and coaches will need to pay £60 a day to drive within the zone, with vans paying £10 and taxi and private hire vehicles paying £7.50.

Failure to pay the charge will also result in a £120 fine plus the daily charge.

Around 850 cameras are proposed in an ANPR network spanning the city-region which will also be supported by new roadside Clean Air Zone signage.

From November, businesses and individuals affected by the zone will be able to apply for grants from a £120m fund to pay for new cleaner vehicles or upgrade their old ones.

However, the Federation of Small Businesses (FSB) has accused authorities of ‘misleading’ firms over the true cost of retrofitting vehicles, a claim disputed by Clean Air Greater Manchester.

Trafford council leader Andrew Western, who leads on clean air policies for Greater Manchester, said: “It’s good to see a tremendous amount of progress being made to deliver the Clean Air Zone, which will include local roads in all ten Greater Manchester local authority areas.

“We’re working hard to ensure we support affected vehicle owners to move to cleaner vehicles so they don’t have to pay a daily charge.

“Our goal is to reduce harmful emissions.

"We want to help as many people and businesses as possible to be driving cleaner vehicles so we can all breathe cleaner air.”

When the zone launches only buses and heavy goods vehicles which fall short of emission standards will have to pay charges.

All other vehicles that are liable for charges for driving within the zone will not be affected until May 2023.

The scheme has been backed by all 10 local authorities which have been mandated by the government to tackle harmful levels of nitrogen dioxide pollution.

Air pollution, primarily caused by vehicles, is said to contribute to 1,200 deaths a year in Greater Manchester.

But the zone has been described as being weaker than previous proposals by environmental lawyers ClientEarth, who successfully sued the government in the High Court over illegal levels of air pollution in the UK.

The group, along with Friends of the Earth Manchester, and the British Lung Foundation, also said they were disappointed that private cars would not be subject to penalties for driving within the zone.