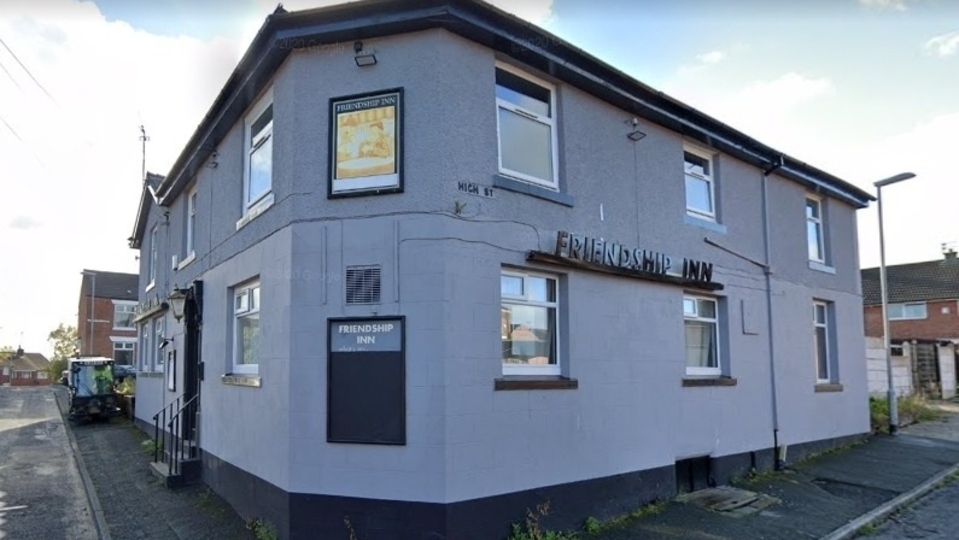 Controversial proposals to turn a former pub into bedsits has been given the green light.

Planners have approved a scheme that will see The Friendship Inn, in Middleton, converted into an eight-bedroom HMO (house in multiple occupation).

Tenants at the Cheapside property will share a communal kitchen, while each bedroom will have its own en-suite bathroom.

The decision – carried by a majority of Rochdale council’s planning committee – came despite opposition from ward councillors and 23 objections from the public.

North Middleton councillor Sara Rowbotham had called up the application, due to concerns over future occupants being ‘crammed in’  and the impact on parking in the area.

She spoke against the application at the meeting, but the vote ultimately went in favour of developer Gluck, with members of the committee being told the proposals exceeded the council’s space standards.

Steve Dodds of Gluck’s agent SJD Developments said the applicant was ‘delighted’ with the decision, having scaled down plans initially rejected by the authority.

He told the Local Democracy Reporting Service: “We spent a lot of time and effort trying to work with planners and highways to get a good scheme – and a more generous scheme than most HMOs.

“He [the applicant] is trying to do a quality scheme and wants to work with councillors – in particular Sara Rowbotham – who put up a strong argument [at the meeting].”

Mr Dodds said he had spoken to Coun Rowbotham after the meeting in a bid to reassure her that the applicant’s intentions were for a ‘a sensible, balanced scheme with generous flat sizes’.

He added that leaving the building empty would also be more likely to cause anti-social behaviour problems than repurposing it as an HMO.

However, Coun Rowbotham said she was disappointed with the decision – albeit it was one taken under the guidance of council officers’ advice.

The applicant expects that all or the vast majority of tenants will not have a car due to the ‘close proximity of the local services’.

But Coun Rowbotham is unconvinced – and foresees possible problems in future.

“If all eight tenants have cars it will cause absolute chaos, because parking is absolutely at a premium – that was one of the biggest arguments put forward by councillors on the committee, ” she said.

Coun Rowbotham added that local councillors remained concerned the scheme was being driven by ‘commercial viability’ rather than people’s housing needs.

The North Middleton councillor – also deputy council leader – said she hoped to maintain a dialogue with the owner of the building now the plans had been approved.