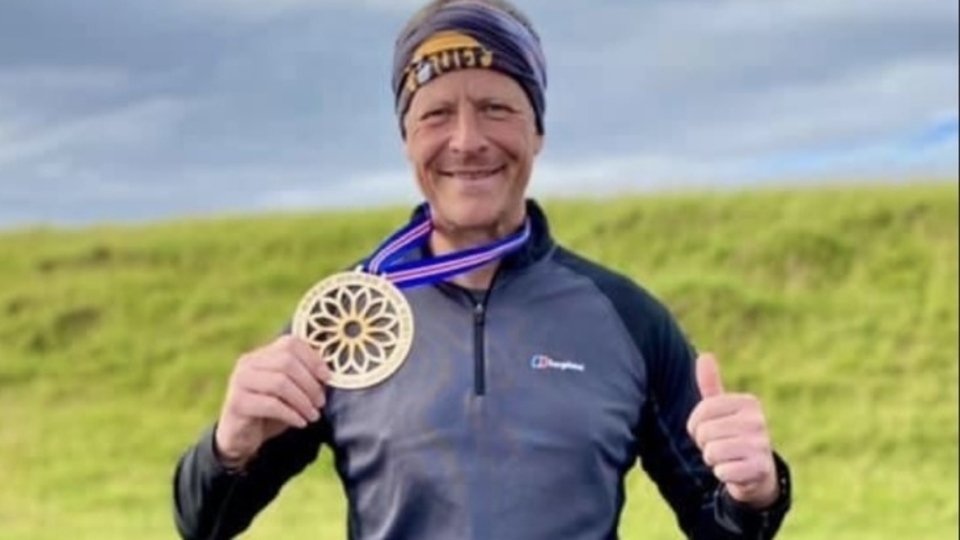 He ran from the north to south coast of Iceland, and his latest mammoth charity cash-raising effort has pushed the total he’s raised in 12 years to a remarkable £120,000.

After returning to his bunting-decked home and a heroes welcome (see picture below), Steve recapped on his amazing journey for the Oldham Chronicle.

He said: “I was spurred on by letters of encouragement and motivation from my pupils.

"I had trained more than 18 months, but was a little apprehensive as it was going to be a long run – almost 230 miles.

“I was quite overwhelmed by the rugged beauty of Iceland.

"I visited the world famous Blue Lagoon - a geothermal spa located in a lava field - went whale watching and was totally blown away on a trek to the erupting Fagradalsfjall Volcano.

“Then I dipped my toe in the Northern Icelandic waters on the most epic of adventures.

"The run started on a main road which soon became a dirt track as civilisation dwindled into the distance.

“We crossed desert plateaus, rivers and mountains and pushed on through the endless lunar landscape. 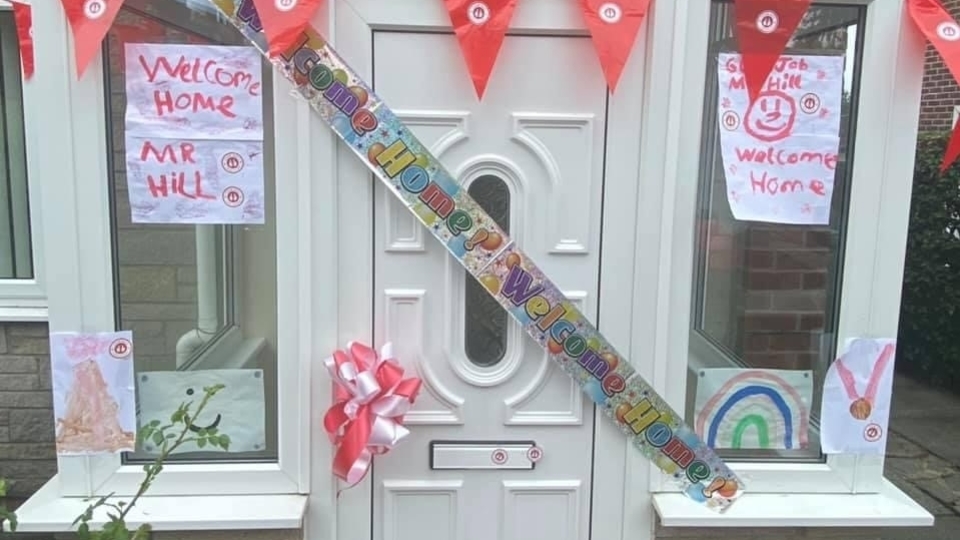 "Then I took in the very stark wilderness with the Hofsjokull Glacier before deeper into the heart of the Icelandic desert - with amazing views of two huge glaciers.

“After many tough days running through the desolate Icelandic interior, which was like running on the moon’s surface, we entered the National Park where landscape resembled Lord of the Rings scenery.

“I was surrounded by huge volcanoes, other worldly shaped hills, multi-coloured rainbow mountains and geothermal plumes coming from the ground.

"I wouldn’t have been surprised to have seen a dinosaur appearing from behind one of the volcanoes - the scenery was so prehistoric.

“But the endless spectacular views inspired me to keep going,” he added.

“Iceland truly is the land of fire and ice.”

Funds raised go to Team Hill Charitable Trust to help continue making a difference supporting educational and healthcare projects in Uganda and supporting Oldham people and families in the local and surrounding areas.