You are Here: Home » News » Main News » Plans to reopen nightclub after it was shut down following ‘Mad Friday’ brawl refused despite no connection with previous management 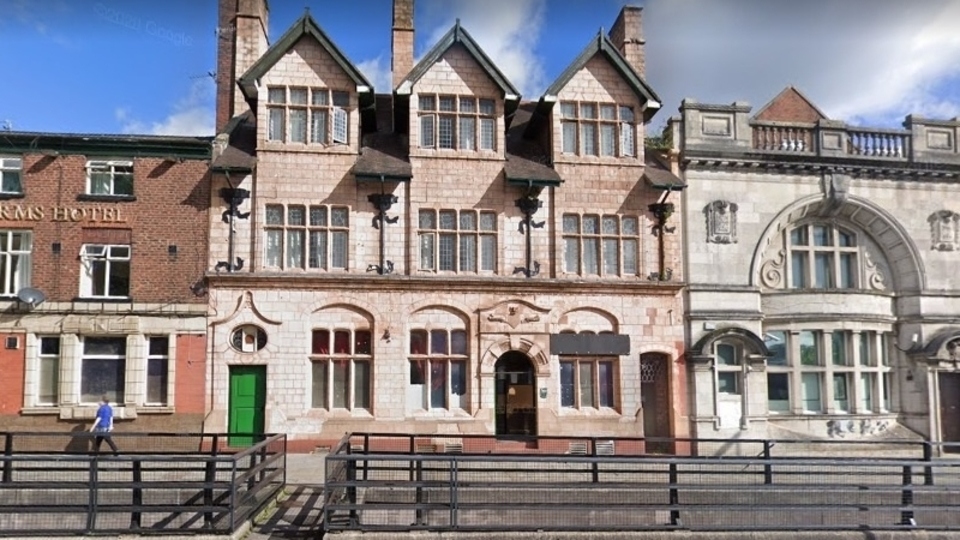 The former Infinity bar/nightclub in Middleton

Plans to reopen a nightclub that was shut down after two cops were hurt in a ‘Mad Friday’ brawl have been refused.

Infinity Bar, in Middleton, had its licence revoked last year following a string of violent incidents – including a 30-man street fight in which yobs wielded iron bars.

Licensing chiefs have now turned down an application to relaunch the Market Place premises  as a nightspot for ‘grown people’, called Lekki Lounge.

The new night spot would have opened from noon till midnight from Sunday to Thursday, and up to 2am Fridays and Saturdays.

A Rochdale council sub-committee came to the decision after being told police had ‘no faith’ there would not be a repeat of previous problems, despite the new applicant having no connection to the former management.

The three-strong panel told Stanley Osademe-Patrick they had ‘no confidence’ he would manage the premises effectively and uphold the four ‘licensing objectives’.

Councillors Phil Burke, John Taylor and Peter Rush also felt there was insufficient detail on how the venue would be run in the premises licence application.

It came after the meeting, held at Number One Riverside, heard evidence from PC Gary Brennan who said GMP had ‘significant concerns’ about the application.

He said: “The concerns of GMP are that it is evident again that the new applicant and management has little or no understanding of the licensing objectives.

“They have provided no detailed plans for consideration as to how the new premise will be managed or how patrons – whilst on the premises and  outside – and leaving in the early hours are to be managed.”

He added that the application lacked ‘any form of clarity in relation to dealing with disorderly behaviour, under-age drinking and dispering customers at the end of the night.

There were also further concerns raised over staff training and door staff.

PC Brennan added that it was ‘simply unclear how the premises would operate and what type of crowd it would draw'.

He told the sub-committee: “The previous target audience was African males from Moston interspersed with late drinkers from the Middleton area.

"This formula proved to be a disaster and there is no reason to assume this time things would be different.”

PC Brennan described Mr Osademe-Patrick as a ‘genuine man’, but said it had emerged he had ‘no money’ and this had ‘set alarm bells ringing’.

His advice to employ a professional to draw up a proper plan for running the venue had also not been acted upon.

But Mr Osademe-Patrick insisted he was not looking to run a nightclub – as Infinity Bar had been – but a venue for ‘grown people to come, chill, have a drink and go home’.

He added that his plans were to run the venue as a restaurant until 8pm, and those arriving later must have booked in advance or be a member.

His ‘10 to 11 years’ experience’ in the industry had also given him an ‘astuteness’ as to how to diffuse difficult situations and ensure problems did not escalate, he added.

However, the sub-committee felt the fact he was unaware of previous problems at Infinity Bar and his seeming confusion over the application process demonstrated a lack of experience.

They also felt there were no conditions that could be set that would give them confidence the venue would be run in accordance with the licensing conditions.

Mr Osademe-Patrick has 21 days in which to appeal the decision.

The meeting of the Rochdale council licensing sub-committee was held at Number One Riverside on Monday (September 6).