The final siren sounds on Brian Walker, a 'true Roughyed' 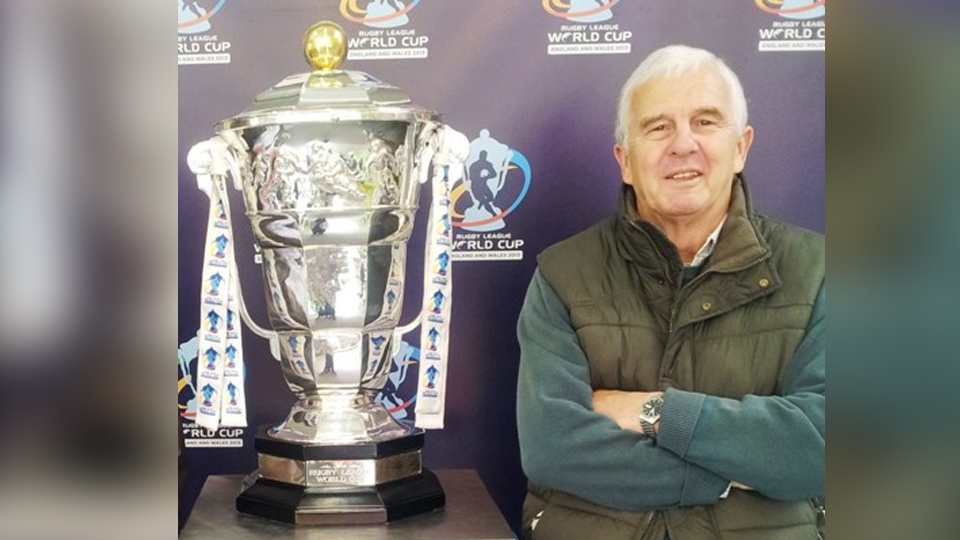 Every strand of the rugby league community in Oldham will be shocked and saddened by the death of lifelong Roughyeds fan Brian Walker, an enthusiastic worker for his favourite sport and his favourite club in the town where he was born and brought up and where he lived all his life.

Brian devoted a large part of that life to Oldham RLFC and to rugby league generally.

He was just as well known in local amateur circles, especially at Saddleworth Rangers, as he was at the town's professional club, both pre and post 1997 when the original Oldham club, in all its various guises, was liquidated.

He died in Stepping Hill Hospital, Stockport, after a long illness, in his early 70s, following his transfer from the Royal Oldham.

He lived alone in Dobcross, having lost his wife Anne some years ago.

Until the start of his illness about two years ago, he was a home-and-away follower of the Roughyeds and he remained, until his death, a board member of Rugby Oldham, the Supporters' Trust; a trustee of Oldham RL Heritage Trust; and a man with a huge interest in the Oldham RLFC (Past) Players' Association.

Following Michael Turner's brilliantly researched and presented historical work on the club, Brian produced a season-by-season look at Roughyeds about the year 2000 from the year dot and was then heavily involved with other Heritage trustees on the production of other publications.

Among many tributes were those from Oldham RLFC chairman Chris Hamilton, the Heritage Trust's own Michael Turner, Rugby Oldham board member and former chairman Iain Taylor, and Joe Warburton, secretary of the Oldham (Past) Players' Association.

Mr Hamilton said: "I speak on behalf of everyone at the club when I say how much Brian will be missed by the whole rugby league community in Oldham.

"He was a lifelong supporter, but he was a lot more than that; he was a man who was never afraid to roll up his sleeves and do what he could in the furtherance of Roughyeds and also in the advancement of rugby league in the borough."

Iain Taylor from Rugby Oldham added: "Brian was a character who had ORLFC running through him from top to toe.

"His involvement in rugby in the town cannot be surpassed.

"His heart was truly in the game and in the two Trusts, of which he was a member.

"I have fond memories of our discussions when we were organising dinners and also when we were in at the very beginning of Rugby Oldham.

"We didn't always see eye to eye but we could always come to a compromise.

"I will miss his humour and his presence at meetings and also in his life outside rugby.

"He is re-united now with his beloved wife Anne and rugby league in Oldham has lost a valuable contributor.

"I will miss him.

"Please pass on my deepest sympathies to his family.

"Maybe the Trust could set up a trophy competition to honour his memory.

"It would be a fitting tribute to say thank you for all the time and effort he put into the game."

Michael Turner from the Heritage Trust said: "It is with sorrow and regret that I have just learned that our friend and colleague Brian Walker has died after his long illness.

"He was a true Roughyed through and through,and his presence in and around all things connected with Oldham RLFC will be sorely missed."

Joe Warburton added: "Brian was very active in all things connected with Oldham RLFC and he gave a lot of his time to our Ex-Players Association, often attending meetings and events.

"He was always there for advice or for a chat about anything to do with Oldham RLFC.

"His presence at Oldham RLFC events will be missed.

"He was one of those people you would expect to see at anything Roughyeds put on.

"RIP Brian from all at the Past Players' Association."

Giving a personal tribute, Oldham RLFC media manager and former long-serving Oldham Evening Chronicle rugby league man Roger Halstead said: "My wife Val and I will never forget Brian and Anne's friendship down the many years we knew each other.

"In 2001 I was honoured to be invited to accompany North-West Counties under-15s and under-16s as their media man on a Southern Hemisphere tour taking in Fiji, New Zealand and Australia.

"Part of my duties was to produce a smart, coloured pre-tour magazine, costs for which had to be largely covered by adverts.

"To get all the adverts as well as doing all the editorial work, writing, editing, doing the page lay-outs, proofing and organising printing etc would have been a gigantic task in the time available.

"Without being asked, Brian immediately offered to do the advertising work and within days he had cajoled and persuaded companies big and small from all parts of the North West to buy advertising space in the mag and to bring in enough money to print it.

"That was typical of the man - one you could always rely on in a crisis."

Full details of the funeral will be given on this website when they are known.