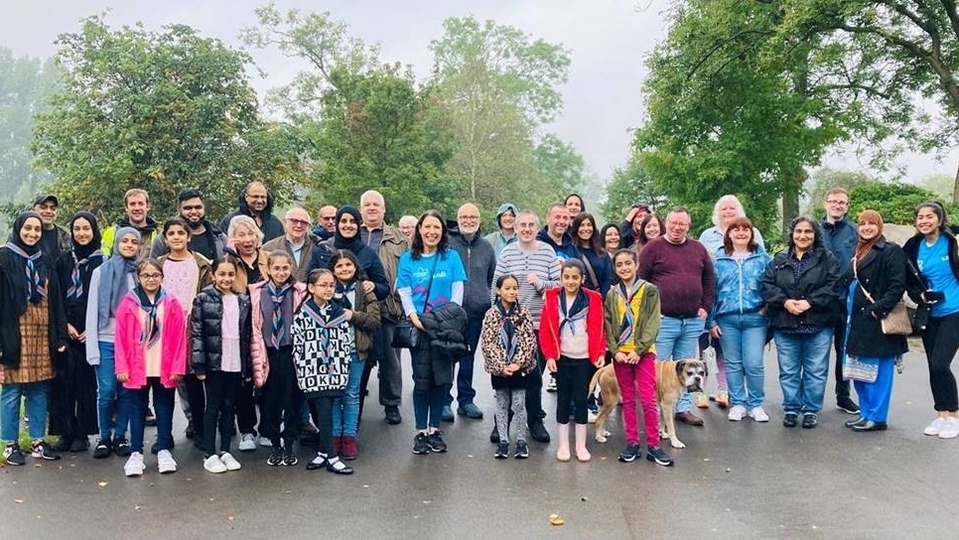 Some of the local people who joined MP Debbie Abrahams - centre, in the blue T-shirt - on her third Memory Walk

Local MP Debbie Abrahams was joined by over 60 local people on her third annual Oldham Memory Walk in Alexandra Park to bring together, and support, families affected by dementia.

Memory Walks, which are promoted by Alzheimer’s Society, are taking place across the UK during September and October.

Oldham East and Saddleworth MP Ms Abrahams said: “It was so lovely to be able to do the Oldham Memory Walk with other people this year, which I organise as part of my Dementia Friendly Oldham campaign.

“Walking is such a good way to take gentle exercise, which is really good for anyone living with dementia, but also to prevent dementia in the future.

"Alexandra Park was such a beautiful backdrop for the Memory Walk and to spend time, meet friends, and even have a coffee at the Boathouse Cafe!

“I’m proud of the fact that this week the Labour Party has promised to double the current funding for research into dementia, following the campaign on this I’ve been running as co-chair of the All Party Parliamentary Group on Dementia.

"To put the scale of the issue into perspective, there are estimated to be 1,169 people living with dementia in Oldham East and Saddleworth, and it can have a devastating impact on the person diagnosed and their families.

“The numbers of people with dementia is expected to increase, not just in the borough but, across the country and worldwide.

"And that’s why raising awareness about dementia, investing in research and supporting people living with dementia and their carers is so important.

“Once again I would like to thank the council for their support and especially Will Wills, Environmental Manager, from the parks and green spaces team, who was our guide for the walk.”

If you, or a loved one, are affected by dementia you can find out how to access support from Alzheimer’s Society here: www.alzheimers.org.uk