You are Here: Home » News » Main News » 181 people have objected to controversial proposals to turn an old pub into bedsits – but council planning bosses says the scheme should go ahead 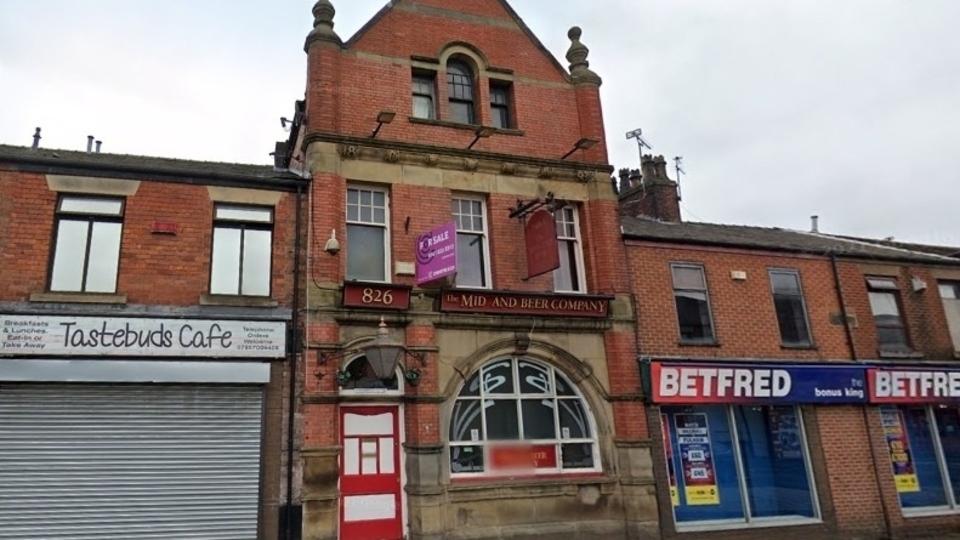 A controversial scheme that would see a former pub turned into bedits is set to be approved this week – despite more than 180 objections from the public.

Proposals to convert the former Midland Beer Company, in Castleton, will go before Rochdale council’s planning committee on Thursday with a recommendation of approval from officers.

Empty since last year, it was originally a bank before becoming a shop in the 1980s, then a cafe bar and finally a public house.

Under the plan eight of the bedrooms would have an en suite, while three would share a bathroom.

There would also be a large communal kitchen, dining and living room on the ground floor.

But it has been called up to Thursday’s planning committee meeting by Castleton councillor Billy Sheerin.

The ward councillor claims that allowing a change of use to premises on Castleton’s main shopping street would be ‘detrimental to the planned regeneration of the village’.

His views are clearly shared by several of his constituents, with no fewer than 181 objections to the application – as opposed to five in support.

These include concerns the village ‘already has too many HMOs’ and that another would  ‘change the identity of Castleton and devalue the area’.

Some residents said they were worried about the premises potentially attracting anti-social behaviour, noise, and crime.

And Coun Sheerin’s fears it could undermine regeneration efforts were also echoed in some representations. Others felt it would further stretch schools and doctors surgeries.

However, letters in support of the plan say it would bring a run down pub back into use and attract new people to Castleton.

One respondent also noted that HMOs ‘are popular and a stepping stone to get affordable accommodation’.

The council’s planning officers do not believe the application would be harmful to the area, and have recommend councillors grant planning permission for the change of use.

The report to the committee reads: “The proposed HMO would be acceptable in principle in this location and no unacceptable harm has been identified in respect of the regeneration of the area, the residential amenity of surrounding occupiers or the living conditions of the future occupiers.

“The design, highways and parking proposals are also considered acceptable.”

The plans also include two parking bays, space for six bikes and a bin area.

A spiral staircase currently at the rear of the building will be removed, plus new windows and doors fitted.

Rochdale council planning and highways committee meets at Number One Riverside, on Thursday, October 7 from 6pm.