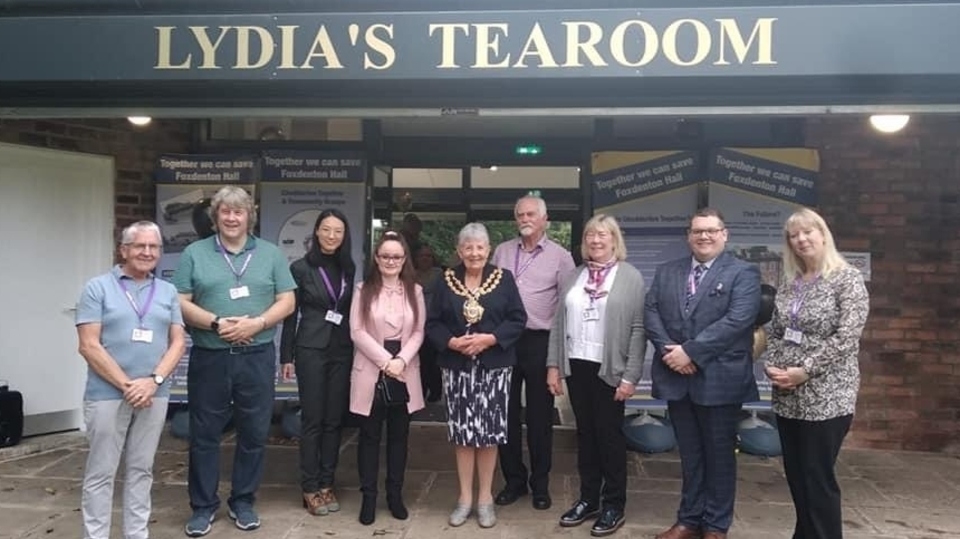 The tearoom, named after Lydia Becker, an early 20th Century suffragist, who lived in Foxdenton Hall, was opened by “the determination and tenacity” of the Chadderton Together Group.

She said:”There  were many obstacles to overcome to transform a very dilapidated bowling pavilion into this beautiful space. Pure Innovations, who support people with learning disabilities into employment, are running the café with the help of volunteers.

“I had the honour of cutting the ribbon and thanking all those who had worked so hard to bring this about.

“ The group is determined to obtain funding and support to return the hall to its former beauty. I have no doubt that they will succeed.” The mayor with youth mayor,  Tia Henderson and Shaid Mushtaq, her consort.