Class violence against homeless as a hate crime - Oldham GP 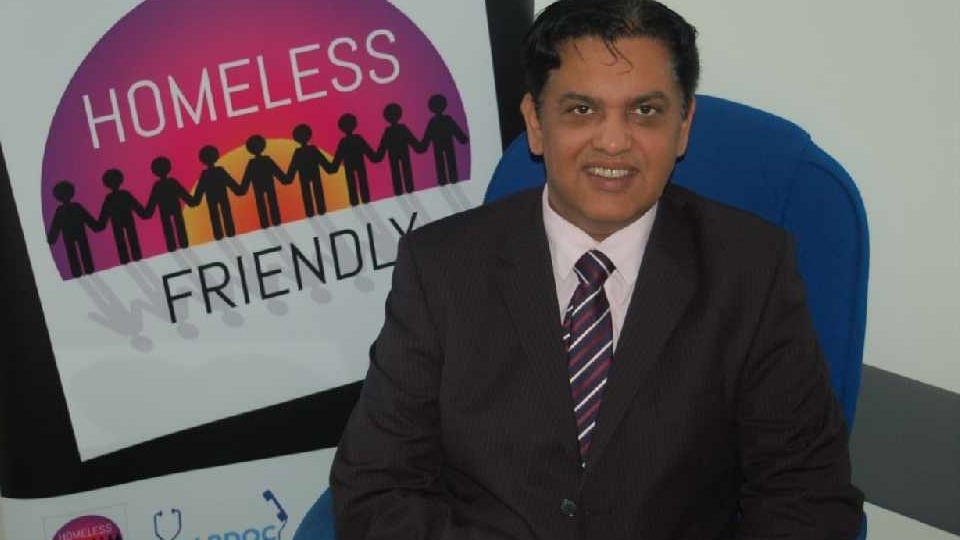 Attacks on rough sleepers ought to be classed as 'hate crimes' so that we can better understand their motivation and encourage those living on our streets to report verbal and physical assaults.

That is the view of Oldham GP Zahid Chauhan OBE, the first medic in the world to vaccinate the homeless against COVID-19, at the start of Hate Crime Awareness Week (October 9-15).

Through his work as an emergency doctor and many meetings with rough sleepers, the medic has heard how they have been spat on, kicked, punched and even stabbed with needles.

And he believes these sometimes horrific attacks are based on the same blind prejudice that has seen disabled, LGBT+Q and BAME groups endure years of torrid torment – and should be tackled in the same fashion.

“When you work one-to-one with homeless people you see that there but for the grace of God, go we,” said Dr Chauhan.

"They are not only human beings, but possibly the most vulnerable human beings you could ever encounter, with poor health and a life expectancy of just 43 years-of-age.

"The fact that people revel in violence against them – even posting images online – is malignant beyond belief.

"We must get to the roots of this disgusting discrimination.”

Although many charities have tried to gauge the number of hate crimes against the homeless, the fact that figures do not exist means we cannot measure the extent and respond accordingly.

But exist they do, says Dr Chauhan, and with far-reaching repercussions.

"They are often reluctant to engage with the NHS, so wounds sustained can fester and broken bones not heal properly.

Violence towards the homeless within cities has also meant that rough sleepers have moved to suburban and even rural areas, where provision is poor and soup kitchens and homelessness charities, are rare.

“Polish” a rough sleeper who went to Dr Chauhan’s Homeless-Friendly charity for help, is typical of many who have been assaulted.

He was attacked by a group of men in a doorway and had his meagre money, possessions and even papers permitting him to reside here, stolen.

He neither reported the incident to the police nor sought medical help.

“Our public services should be accessible for all and yet clearly there is a disconnect between the homeless and the police and health service in particular,” said Dr Chauhan.

"Such gaps existed between ethnic minority communities and the police in the past and many LGBT+Q people had no trust that crimes against them would be investigated and prosecuted.

"Thankfully, that situation is beginning to change and I think that has a lot to do with us recognising prejudices and their motivation.

"This is why we simply must categorise violence against homeless people as a hate crime.”