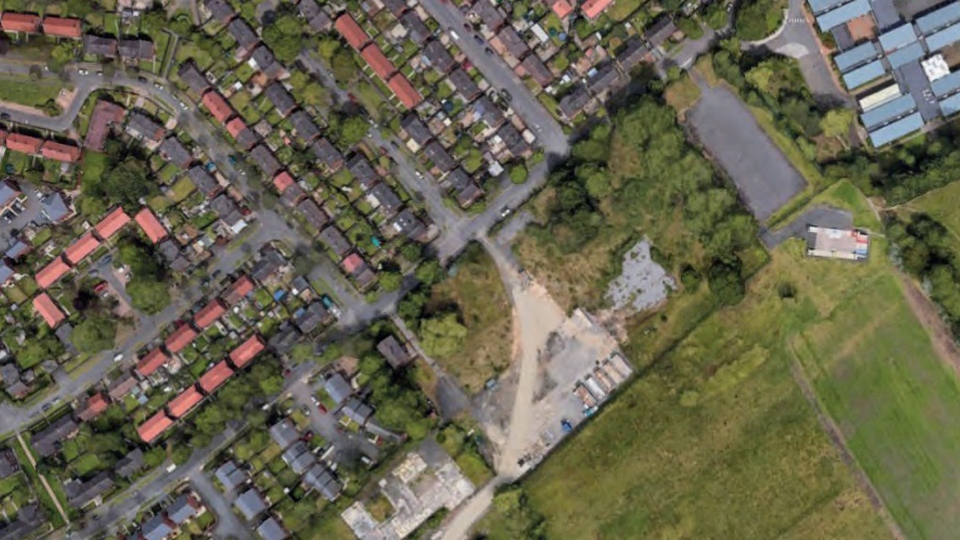 Plans to build more than 350 homes in Oldham across two former school sites have been revealed.

A developer has applied to the council to construct up to 365 dwellings on different plots of land in Fitton Hill covering 22 acres.

These would be split between ‘parcel A’ and ‘parcel B’, located around half a mile away from each other.

The first site was the site of the former Fitton Hill Secondary Modern School, and Marland Fold School – most recently used as offices – which have both been knocked down.

The second site is an area of land around Hill Farm Close that previously was occupied by houses and the former Fitton Hill County Infant School, all of which have now been demolished.

It is proposed to build a mix of two, and two and a half storey properties providing two, three and four bedroom homes.

According to planning documents, these would be a mix of open market, affordable and private rented homes.

The application states that 49 of the new properties would be ‘affordable’.

The design would vary between detached, semi and terraced buildings which would add ‘character and definition to the street scene’.

There would be ‘in curtilage’ parking, with space for 722 cars.

Access to parcel B would come from Deanshut Road and Hill Farm Close, with parcel A being accessed from Rosary Road.

The design and access statement says: “Countryside Properties’ vision is to create places for people to live, work and enjoy.

“Whether we are enhancing existing neighbourhoods or creating new communities we endeavour to develop places that are sustainable socially, economically and environmentally.

“The proposals present an opportunity to revitalise two brownfield parcels of land within the Fitton Hill area and provide quality, family accommodation within the locality.

“The careful consideration of the structure, massing, streetscape, landscaping and materials ensures that the development is in context with the adjacent area creating an attractive, distinctive and aspirational scheme.”

There has been one public objection lodged so far, raising concerns about the loss of a footpath and traffic around the sites.

Consultation on the plans runs until November 1, and a decision is expected after January next year.