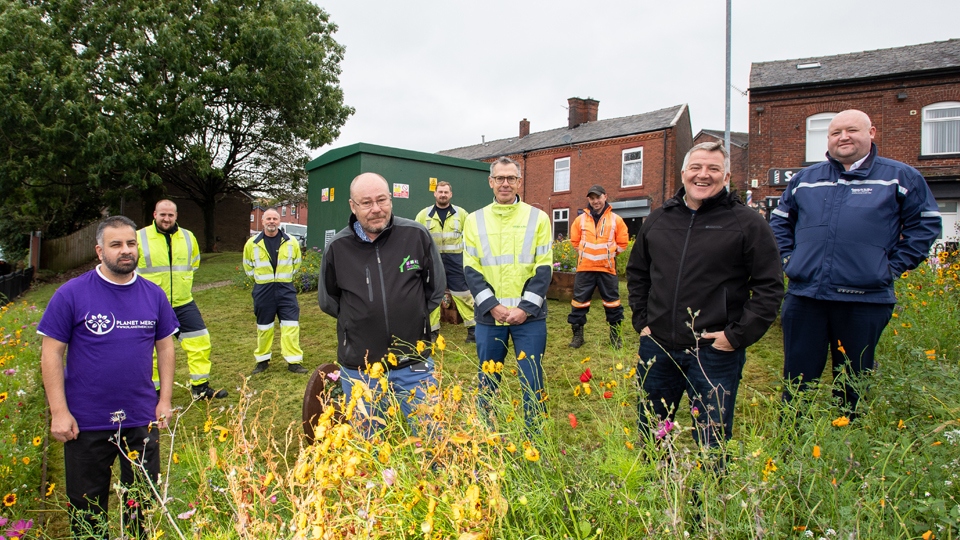 The transformation of land surrounding an electricity substation in Oldham is now complete, despite constant battles against vandalism.

Engineers from the region’s power network operator started work back in July but weeks later, were dealt a blow as flower beds had been damaged, wooden planters snapped while graffiti was also daubed on the substation.

Despite the setbacks, engineers persisted and the site was revived and now the wild flowers have bloomed whilst wood planters and bug hotels have also been installed.

Ryan Wilson, who is heading up the Transforming our Spaces project for ENWL, said: “I’m delighted with the outcome of the Henshaw Street site, earlier on in the project, we were hit with a number of setbacks, but my team persisted, and we’ve had an excellent result.

"Land surrounding substations can be an eyesore so that’s why we wanted to plant flowers with vibrant colours, so the local residents could really see a difference.

"Already, we’ve had some positive feedback from residents which highlights the great work we’ve done to land which has previously been vandalised and fly tipped."

The campaign, first formed in 2019, sees the region’s power network operator identify areas of land around substations which have suffered vandalism, lack wildlife, or may lack funding to carry out such community projects.

As part of the project, ENWL received support from Oldham West and Royton MP Jim McMahon as well as people from the Madina Institute and First Choice Homes.

"I’m really pleased to see Electricity North West persist with the site and see it bounce back after the problems caused by antisocial behaviour earlier this year," added Mr McMahon.

"The project is really important for the area, and that’s exactly what these sorts of schemes can do to make small improvements to an area’s environment. I commend Electricity North West for selecting the site, persevering and transforming the land into something residents will appreciate for many years to come."