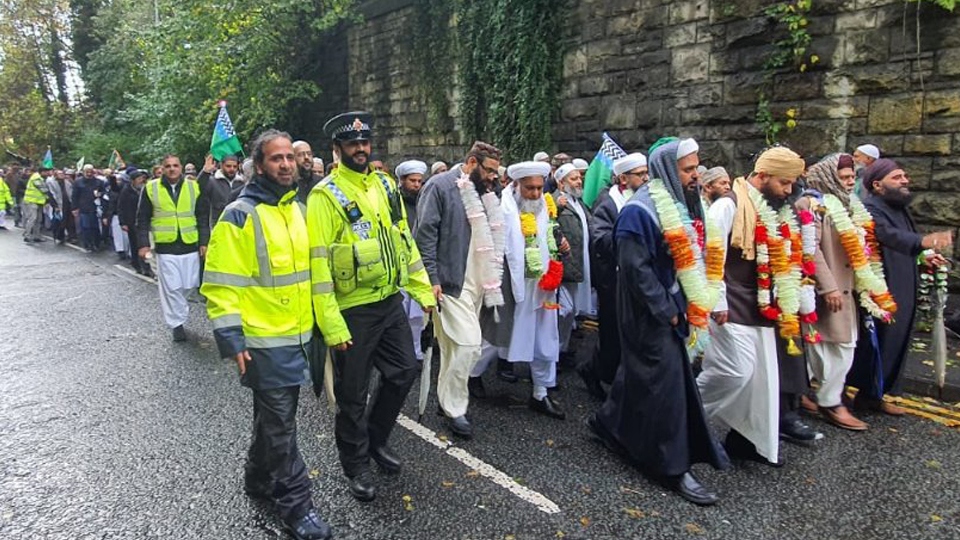 The parade in Glodwick

Muslims in Oldham marked the birthday of the Prophet Muhammad this weekend, with around 1500 attending the annual Milad parade in Glodwick.

Milad un Nabi marks the birthday of the Prophet Muhammad which falls on 12 Rabi-ul-Awwal of the Islamic lunar calendar. 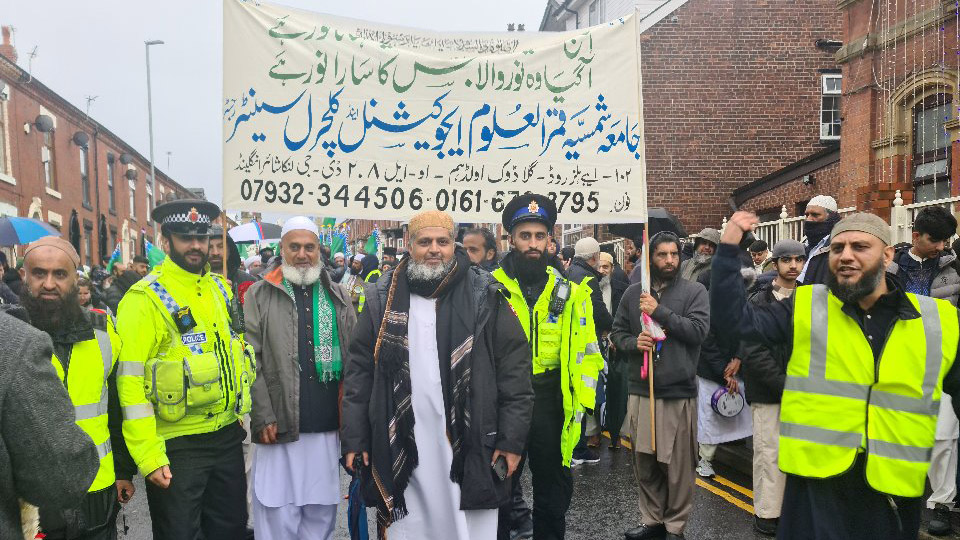 The event is marked by public gatherings of some Muslims. At the meetings religious leaders often make speeches about the life of the Prophet.

The most important part of Eid Milad-Un-Nabi is focusing upon the character of the Prophet; on his teachings, sufferings, and how he forgave even his most bitter enemies.

Muslims think about the leadership of the Prophet, his bravery, wisdom, preaching and his final triumph over the Meccan Muslims.

The St Mary's policing team attended the Milad Parade at the weekend, posting images from the event on social media.